Sean Morrison, second year student on the FdA in Technical Theatre and Stage Management, explains how he created video design for our recent production of Bryony Lavery's challenging play, Frozen.

A new year brings with it two new plays and a plethora of short films for cast and technical teams. On the main stage, the Jerwood Vanbrugh Theatre, the tale of Macbeth unfolds: a tale of treason, witchcraft and delusion. Meanwhile down in the GBS Theatre we delve deep into the criminal psyche, as a trio of people are united in seeking to find a way out of their own frozen isolation.

Frozen by Bryony Lavery is about the interaction of a child murderer, the mother of the murdered child and a child therapist. In my first ever design role, I was given the opportunity to add video projecting and content to the multitude of disciplines that were to shape this challenging play.

My brief was to create content that would be projected onto seven surfaces that had been tailored into the set by the designer James Turner. The first was a method of showing time passing. This was a device that I was familiar with in a video context, having done it in a filmic way before. When I suggested that I might be able to recreate this for the piece, it was decided that that would be too colourful for a piece of theatre such as this and instead I was asked to do it through the animation of the sketches that are sometimes used to bring the public’s attention to missing people or to apprehend a criminal.

This then led me to begin working with some Adobe software called After Effects and a programming software, D3, for which I had the assistance of a production video engineer, Edward Aspinall, a colleague of mine on the Technical Theatre and Stage Management course.

The second piece of content is the text of an email that is typed out ‘Sherlock’-style across the set. This was, once again, created in After Effects with several iterations being trialled to produce the perfect result.

The demands on each department can change dramatically throughout the production process and often any modifications to the original plan have to be done at speed but with a great deal of care to ensure the intended result. For example, we created one piece of content representing the victims of serial killer Ralph (played by Benjamin Isaac) and experimented with it on the set, but ultimately decided against using this particular element.

From the original brief, ten new elements were added, from missing posters to footage of Tibetan flags flying over mountains. All of this helped me develop as a professional in terms of my organisational skills and ability to adapt to new situations, as well as working with new team members and understanding their creative process.

The last thing I think that is important to mention is that video is new. Very new. Its inclusion in theatre has only happened in approximately the last 20 years and, as such, relies on a lot of people whose backgrounds are not in theatre at all, but rather in film and television. What makes the inclusion of video in any play unique is that it is not yet taught as a discipline across the country and across the world, as lighting and sound are. This is something RADA is keen to change and is pioneering a structure in which video technique is taught, implemented and assessed in order to give the world of theatre its latest tool in the craft of storytelling. 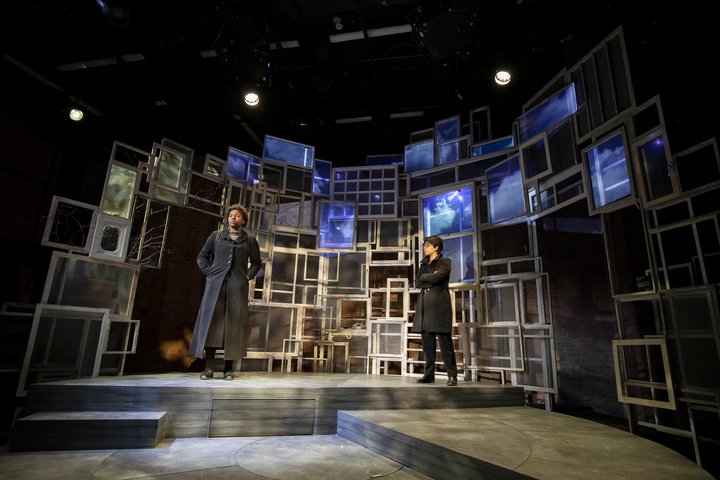 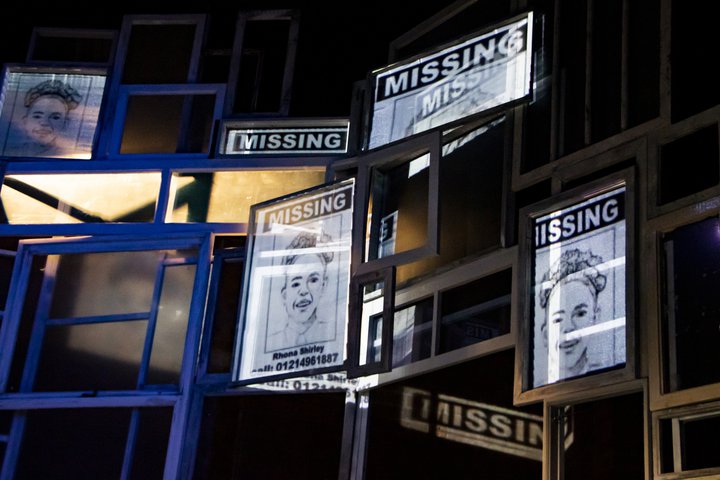 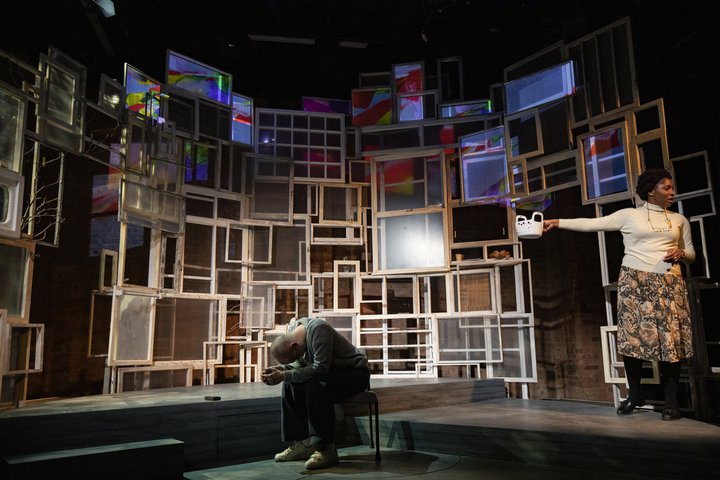