We were delighted to present renowned composer and lyricist Stephen Sondheim with his RADA Honorary Fellowship at a special event in New York last week.

Hosted by the British Consul-General, the evening included performances by RADA graduates Jenna Augen and Jamie Bogyo, who sang Sondheim's 'Moments in the Wood' from Into the Woods and 'The Ballad of Booth' from Assassins respectively. Jamie had performed the song at the annual Stephen Sondheim Society Student Performer of the Year earlier this year, where he was awarded a special runner-up prize. Previous entrants and winners have included Taron Egerton and Cynthia Erivo.

Stephen Sondheim was appointed a RADA Honorary Fellow earlier this year along with Mona Hammond, Sir Anthony Hopkins and Francine Watson Coleman. The tradition of Honorary Fellows was revived in 2018 with the appointment of Cicely Berry, Thelma Holt and Glenda Jackson - the first RADA Honorary Fellows since Sir John Gielgud - to celebrate figures who have made a significant impact and contribution to RADA, to drama training or to the wider industry.

“During his extraordinary career Stephen Sondheim has transformed the landscape not only of musical theatre, but of theatre itself," said Edward Kemp, director of RADA. "In our training at RADA he is often compared both to Mozart and to Shakespeare, and in many ways his songs are as much the cornerstone of our singing training as Shakespeare’s poems and plays are the foundation of our text work.”

At the event, Stephen Sondheim said: “I’ve been an Anglophile for a long time, partly because the first good reviews I ever got were in London. This is a continuing love affair".

RADA has strong associations with Sondheim, not least through graduates such as Imelda Staunton CBE, Dame Diana Rigg, Adrian Lester OBE, Henry Goodman, and Dame Siân Phillips, whose interpretations of his work have become the stuff of legend. Each year RADA acting and theatre production students stage musicals, which in recent years have included A Little Night Music, Assassins and Into The Woods.

The event was organised with ASRADA (the American Supporters of the Royal Academy of Dramatic Art), which assists RADA by providing scholarships to enable and encourage students from all circumstances and backgrounds.

Watch the video below to see Stephen Sondheim receiving his Honorary Fellowship. 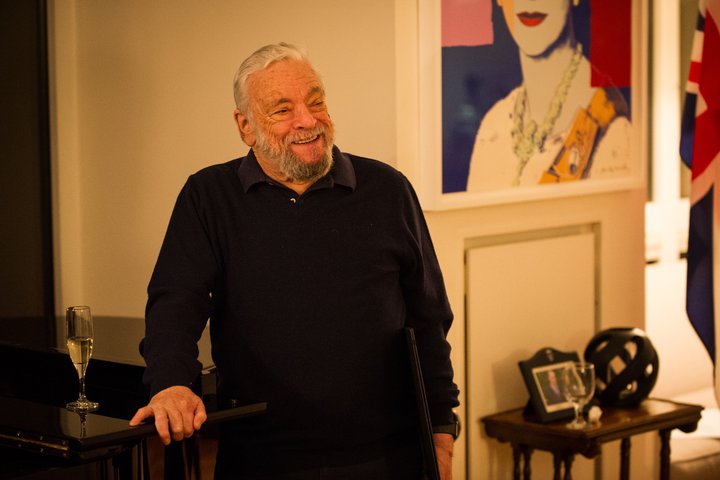 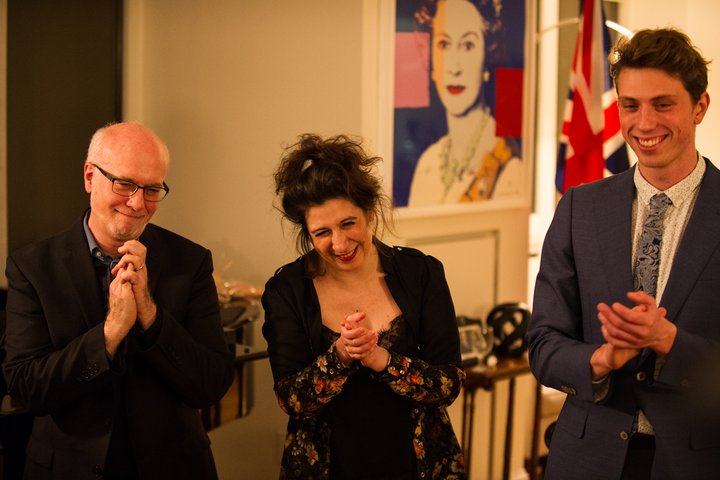 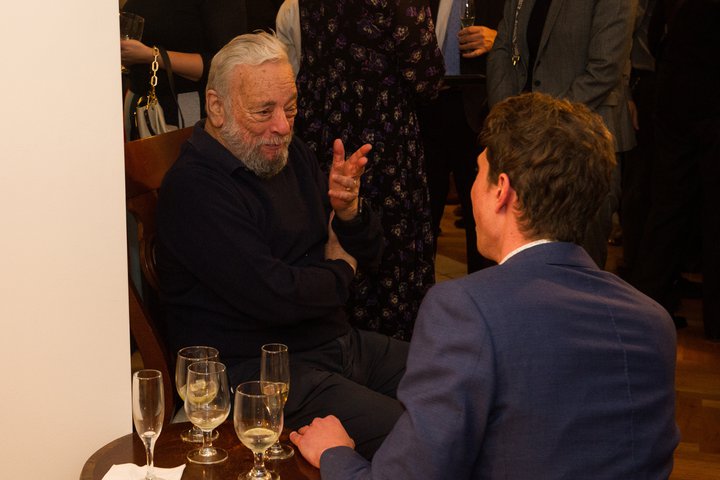 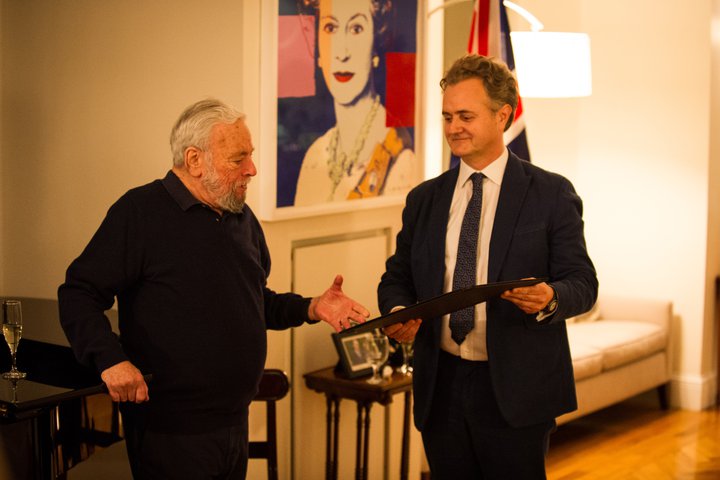