RADA Council has legal responsibility for RADA’s risk management, audited accounts, and internal controls rests with the Council of RADA. Council has constituted an Audit Committee and Finance and General Purposes Committee to carry out the necessary tasks on behalf of Council to ensure such responsibilities are fulfilled. As a matter of working practice, the senior leadership of RADA will be responsible on a day-to-day basis for implementing agreed policies and guidelines and reporting to the Council as necessary.

The Council of RADA was originally incorporated by Royal Charter on 16 July, 1920. Amendments to the Charter of Incorporation were made on 22 December, 1971.

By its Royal Charter, the principal purposes for which RADA is established include:

Our current list of governors and advisors for RADA can be viewed here. 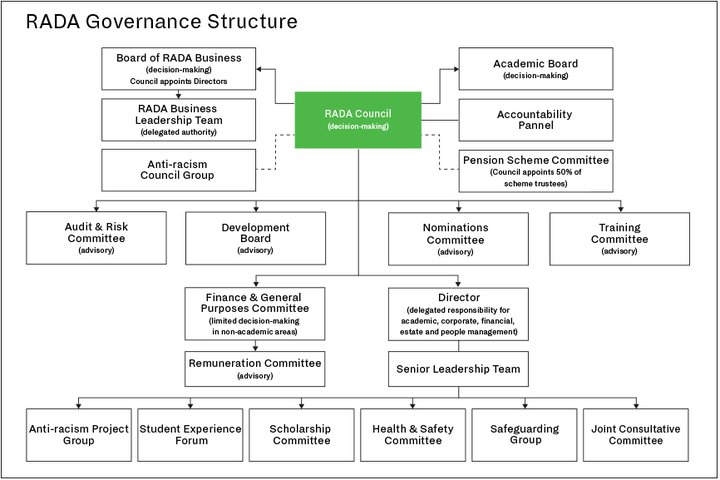