RADA second year Acting students are performing their Shakespeare For Young Audiences productions across Europe in a series of festivals this summer. The productions were first staged at RADA and toured to state schools in Greater London this June-July.

This week, the cast of Much Ado About Nothing directed by Marieke Audsley is performing at the fourth annual Meeting of European Theatre Academies in Florence. The week-long event consists of workshops and performances, with participants from schools from across Europe: Accademia Teatrale di Firenze, Carnegie Mellon University School of Drama, Conservatoire Royal de Bruxelles and Real Escuela Superior de Arte Framatico de Madrid. The RADA group will perform on the final night of the Festival and with support from second year Technical Theatre and Stage Management student Roseanna Windsor-Lewis and RADA's Lead Tutor in Voice Joe Windley, who is also delivering a workshop at the festival.

Also travelling to Europe is our production of Two Gentlemen of Verona, directed by Carl Heap. The cast will take part in the Gdańsk Shakespeare Festival (27 July-5 August) which has been taking place since 1997 and brings together international artists for a series of performances, workshops and meetings. They will perform the piece at the ShakespeareOFF branch of the festival, which gives a platform to fringe, amateur and student performances with a focus on young and emerging artists.

Finally a group of RADA students will once again travel to the European Forum Alpbach. Having performed together in A Midsummer Night's Dream at RADA this term, the group will present new devised pieces at Alpbach, which this year has the theme of 'Diversity and Resilience'. The group will be led by RADA's Associate Director Nona Shepphard. They will also lead a seminar entitled 'Why is it called a play?' - an opportunity for participants to engage with the theatrical experience and learn more about characterisation and storytelling through a series of games and exercises. You can read more about the work of RADA students at Alpbach in 2017 here. 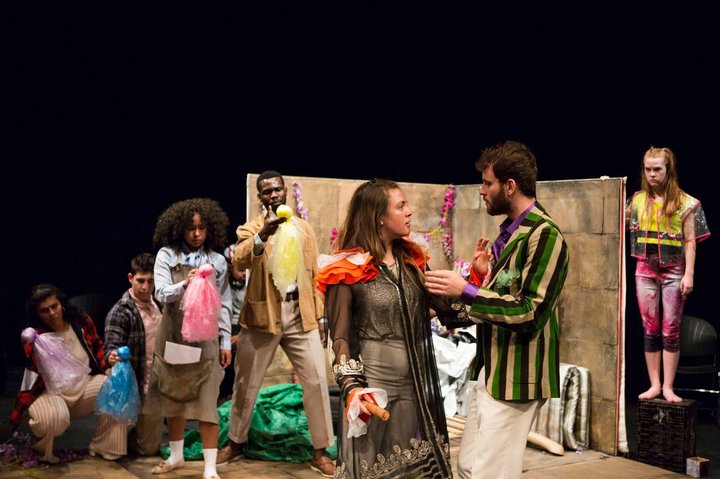