Sound design and engineering on This Weird Normal

Steve Mayo, Head of Sound at RADA, explains the process and design work that went into creating our new five-part fiction podcast This Weird Normal.

Once the proverbial cheese ball started rolling down the hill on This Weird Normal, the sound department sprinted into action. A large scale operation known as pre-record began which required answers to questions such as, 'What computer do you have?'; 'What operating system?'; 'How much hard drive space do you have?'. The sound team put together instructions with diagrams and screenshots explaining how to find this information, as well as guides to an audio editing programme known as Audacity which we would use to capture performances.

The sound department also launched ‘Operation USB Microphones.’ In the new world order of Zoom and Microsoft Teams, top of the shopping list for everyone operating in isolation, are webcams and USB microphones.

The issue with USB microphones, like all microphones, is there are always cheap ones available but in the world of remote recording for professional release, high quality is essential. The race against time was crucial but we successfully secured 10 microphones with pop shields and microphone stands in time. We then needed to be distribute these across the UK to our performers; we delivered microphones via taxi, bike and courier to London boroughs, Surrey, Scotland, Wales and Nottingham.

Meanwhile the sound students tirelessly ran tests and meetings to ensure the actors were set up and comfortable with the recording system and recording protocols.

We worked with an experienced radio engineer called Adam Woodhams, who along with our director Jeremy Mortimer, helped us devise a system which involved all of the actors self recording, saving, exporting and sending their audio files to the sound team. This became known as the ‘audio soup’.

Zoom Pro offers a multi track audio recording system so individuals can be recorded separately in a large Zoom meeting. These files were checked and then over many hours wrangled into a rough dialogue edit.

Once the pressures of recording subsided, we had to deal with the process of audio editing. Out of the four students working on episodes, it is worth bearing in mind that only two of them had experience of sound engineering for the radio drama rotation that takes place in the Radio/Film blocks of RADA's Spring term.

The sound students went into long days of editing which included weekend work.

It was very difficult to tell if the recordings were successful until they were in decent edited shape agreed by Jeremy Mortimer. Due to the pressures of a high profile public release with audiences most likely listening on headphones (the audio equivalent of a microscope) meant students didn’t stop thinking about and wanting to perfect their work.

Due to the unprecedented world situation and RADA’s incredibly speedy realisation of such a piece of work, the recording schedule moved, understandably to allow the writers time to finesse their work which alongside the imminent end of term, it was a manic end of an interesting term. Not without its faults or ‘things we would do differently’ but also a fine example of the realities of pressure, responsibility and experience through doing, which are all a fantastic part of the RADA journey.

In terms of ambition, embracing the chaos of a pandemic world, and taking RADA’s radio aspirations in an exciting new direction, This Weird Normal has been a fantastic experience and something that all involved can feel incredibly proud of.

Listen to This Weird Normal on Spotify, Apple Podcasts or wherever you get your podcasts. 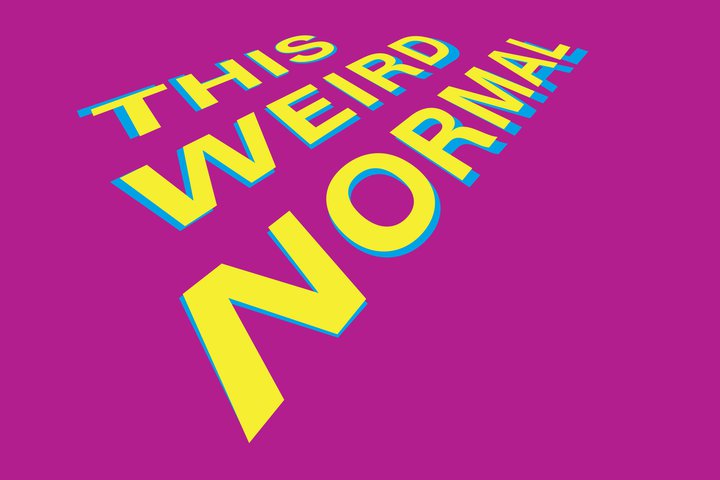