As we approach the application deadline for our MA Theatre Lab we share a short film about the course and an interview with recent graduate Emma Wilkinson Wright.

Emma shares her journey to RADA, her experience of the course and how her work has been changed by this training.

I would say today I am an actor, artist, creator, performer, deviser, improviser and theatre practitioner.

Before the MA Theatre Lab, I went off on a very different path. I spent seven years as a management consultant. It was interesting and took me all over the world; I worked with the United Nations and with the World Economic Forum. I spent two or three years living and working in some of the most underdeveloped countries in the world and gained a whole load of amazing life experiences; I have lived and worked in over 20 different countries and speak several languages fluently.

At the age of 32 I started retraining in acting. I was juggling raising three small children, with studying on part-time and evening courses, and also trying to work as much as I could in plays and in films. When my youngest child went to nursery, I felt that I had the chance to go and focus on my training. I was missing breadth, depth and rigor to the training I experienced and there were lots of holes to fill.

The MA Theatre Lab is very demanding both physically and emotionally. It stretches you in ways you might never imagine; it is incredibly comprehensive and very empowering.

This course suits a practitioner who is open, available, willing to change and be challenged. It is for someone able to be at the centre of the creative process while also working in an ensemble environment.

You will go on a journey of self-discovery throughout the course, but also really learn to listen to the people you are working with. You learn that collaboration is about other people, and what they can bring to the table.

In our cohort we had lovely mixture of people from different disciplines. People who were actors, musical theatre performers, dancers, writers, a director and people who had worked in production. The range of skills was amazing.

Before I did the course, I would have called myself an actor. I was acting in plays, in films. Now I would refer to myself as an actor-artist. You do get that actor training, but also come out with an amazing toolkit that you can draw on to create your own work.

I don't think there's a course like it anywhere in the world, actually.

RADA has been incredibly supportive since I graduated, with rehearsal space, costumes and just being at the end of the phone. It was clear to us at the end of the course that we were always able to come back, and I now feel like I have access to a community of practitioners that I can call on.

The work I am doing now is richer, braver and much more aligned to my voice as an artist and I’m actively taking steps to generate new material and develop new ideas. 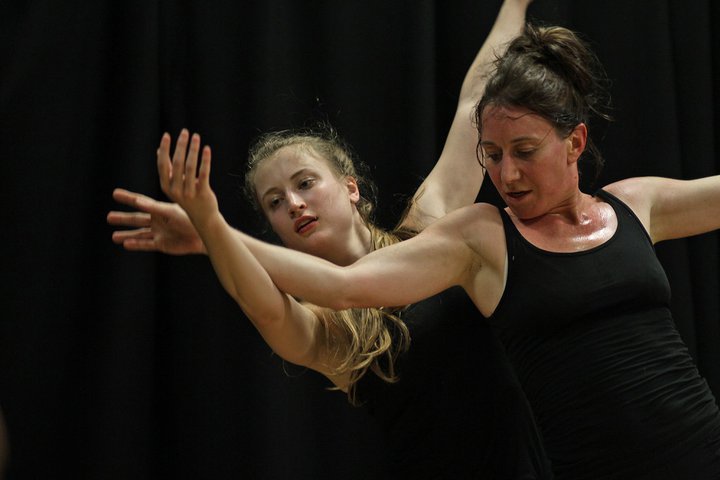