The Film, Television & Radio department at RADA delivers a rigorous, comprehensive, ambitious screen actor training - one that prepares actors to become world-leading artists and performers in all genres.

The audio training works with the top industry professionals alongside a RADA sound engineer student from the Foundation Degree in Technical Theatre and Stage Management (TTSM) to create a number of sketches and radio plays which are recorded in front of a ‘live’ studio audience. The acting students create, perform and provide all of the sound effects. This wonderful work strengthens and intensifies physical engagement, vocal range and emotional expressivity to meet the demands of classical and contemporary performance styles. Entering RADA students to the prestigious BBC Carleton Hobbs Bursary Award is another project where the students are encouraged to explore the range of their voice and imagination.

The short film projects have a combination of students and industry professionals drawn from across RADA and its graduates. It provides the actors with the opportunity to work on specifically commissioned scripts and the TTSM students to work on a screen project from inception to creation to delivery. 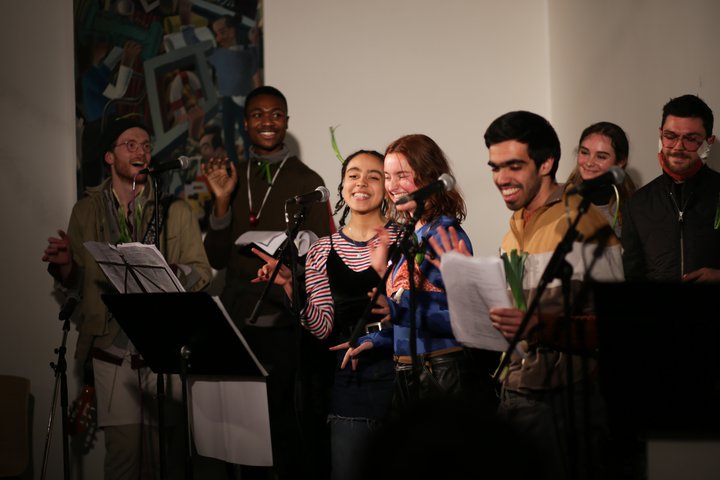 Film needs new voices in order to reflect our richly varied, diverse and challenging society. It is crucial for our culture to be a representative one, and for the stories people see to resonate deeply with them.
Steve McQueen, Director (BFI Film Forever: Back the Future)

Netflix plans to spend more of its annual production budget in Britain, which means more skills are needed. Its epic, historical production The King recently employed more than 20,000 cast, crew and extras. Ongoing industry feedback regarding what is included as part of actor training has led to a growing number of drama schools including or increasing the quota of screen acting in their curriculum. Additionally, the feedback confirmed that conservatoire and drama school training needs to be contemporised and reflect not only the changing diversity of the students but the screen industry as a whole.

Our training is widening the curriculum content to facilitate skills training that enables students to make bold autonomous choices which also aligns with the fast and ever-changing media genre and streamed platform delivery services. Comments by industry and graduates alike say there is a marked difference in confidence, ownership, craft and mastery between stage acting and screen acting. Therefore, more development and investment is needed in this aspect of the training.

The training that RADA offers is rigorous in its pedagogical scaffolding to maximise the effectiveness of the development of key skills. It facilitates networking and collaboration with RADA graduates, directors and film-makers of the future. In the film and television sector, computer-generated effects, motion capture and ‘synthespians’ are becoming an ever-increasing aspect of the story. Actors that can master and demonstrate acting with CGI green screen and physically embody the role have become hard currency.

The demands of continuing drama require actors to become everything and anything and all at a tidy redemptive or tragic arch to keep the story moving at a pace that will not bore the viewers and listeners. The requirements for screen and audio work are fast, furious and unrelenting. Being taught and gaining an understanding of ways of enabling the body to play sensation and impulse, focusing on the importance of the ability not to feel a lot, but to feel it on demand, is an ongoing part of an actors developing professional journey. Preparing actors for film, television and radio is an established aspect of the overall rigour of training at RADA.