The winners of the 2017 Manchester Theatre Awards have been announced, with awards for RADA alumni Daniel Rigby and Norah Lopez-Holden.

Daniel Rigby was awarded Best Actor for his performance in Breaking The Code, in which he played British scientist Alan Turing at the Royal Exchange Theatre. The show was also awarded Best Production and Best Supporting Actress for Natalie Dew.

Also picking up an award was 2016 graduate Norah Lopez-Holden, who won Best Newcomer for her role as Regine in Ghosts, in a performance described by Times critic Kate Maltby as "the biggest find. Fresh out of RADA... she injects humanity and humour into the often slimmer role of home help Regine".

Also amongst the list of winners was HOME's production of The Emperor, which picked up Best New Play and starred RADA alumna Kathryn Hunter in what was called "a physical tour de force" (Broadway World) of multiple roles.

Click here for details of all the winners at the Manchester Theatre Awards, and see below for more details of the nominees.

Nominations have been announced for this year's Manchester Theatre Awards, which celebrate the best in theatrical achievements in Greater Manchester and the north west. This year five RADA alumni have nominated in the acting categories.

In the Best Actor category, RADA graduate Daniel Rigby is nominated for his performance as Alan Turing in Breaking The Code, which won critical acclaim at the Royal Exchange Theatre in autumn 2016. Meanwhile Kathryn Hunter is nominated for Best Actress for her role in The Emperor, which played at HOME in Manchester after a run at the Young Vic in September.

Edward Bennett is also up for Best Actor in a Visiting Production for the RSC’s Love’s Labour’s Lost / Much Ado About Nothing, which played at the Manchester Opera House and Chichester Festival Theatre before coming to the Theatre Royal Haymarket over Christmas. Bennett reprises his roles from the 2014 productions. Lisa Dillon is also nominated for Best Actress in a Visiting Production for the same shows; she took over the roles of Rosaline and Beatrice from fellow RADA alumna Michelle Terry, who appeared in the original 2014 cast.

Finally, 2016 graduate Norah Lopez Holden has been nominated for Best Newcomer for her performance in Ghosts, which played at HOME in November. She won acclaim for one of her first professional roles, with The Times critic Kate Maltby writing: ‘Norah Lopez Holden is perhaps the biggest find. Fresh out of RADA... she injects humanity and humour into the often slimmer role of home help Regine.’

The winners of the Manchester Theatre Awards will be announced at HOME on 17 March. See their website for a full list of nominees. 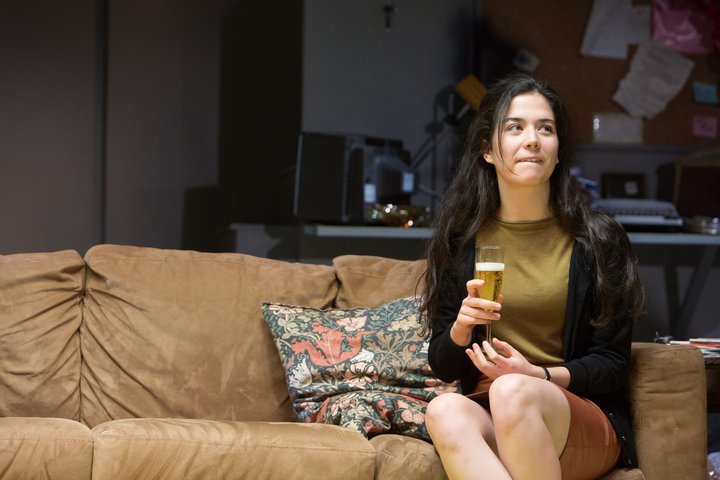