Cynthia won the award for her performance as Celie in The Color Purple. She previously played the role at the Menier Chocolate Factory in London, before joining the Broadway revival the Bernard B. Jacobs Theatre in New York. The show marks Cynthia's Broadway debut, and her performance has been greeted with rave reviews. The Color Purple was nominated for four awards in total, and also won Best Revival of a Musical.

Sophie Okonedo was also nominated for Best Performance by a Leading Actress in a Play for her performance as Elizabeth Proctor in The Crucible. Directed by Ivo van Hove, the production is currently playing at the Walter Kerr Theatre and had four nominations at the awards. It was the second Tony nomination for Sophie, who won the Best Featured Actress in a Play in 2014 for her role in The Raisin In The Sun. She recently received critical and popular acclaim for her role as Maya in the BBC's Undercover, and appeared as Margaret of Anjou in the second cycle of the BBC's The Hollow Crown.

In other US awards news, Ben Whishaw and Cynthia Erivo were also honoured at the Theatre World Awards for their Broadway debuts, in The Color Purple and The Crucible respectively. The awards celebrate the best Broadway and off-Broadway debuts over the past year, with six actors and six actresses honoured annually. Ben Whishaw received his award for playing John Proctor in The Crucible. Whishaw leads the cast alongside on-stage wife and fellow RADA graduate Sophie Okonedo, as well as alumnus Ciaran Hinds as Deputy Governor Danforth.

The Theatre World Awards were presented at a ceremony on Monday 23 May at the Circle in the Square Theatre. The awards were launched in the 1944-45 theatre season; previous RADA alumni who have won the award include Sophie Okonedo (A Raisin in the Sun, 2014), Bertie Carvel (Matilda The Musical, 2013), Robert Lindsay (Me and My Girl, 1987) and Martin Jarvis (By Jeeves, 2002). Click here to see the full list of winners 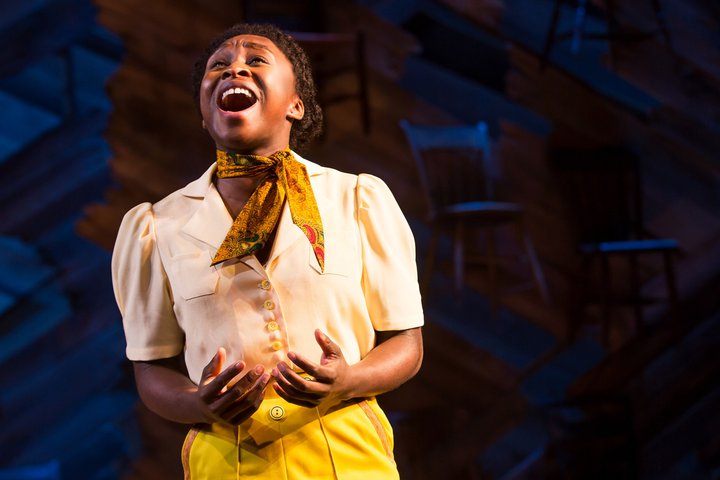