Ian Dunnett Jnr was selected as one of four overall winners out of 76 participants, receiving a contract with the BBC Radio Drama Company. He also received a commendation for outstanding solo work, and for outstanding duologue along with Mairead Tyers.

The full team of Mairead, Ian, Sophie Kleiman and Katya Morrison also received a commendation for Best Team Exercise, shared with their fellow students from the Royal Welsh College of Music & Drama and Drama Studio London.

Congratulations to all our students! 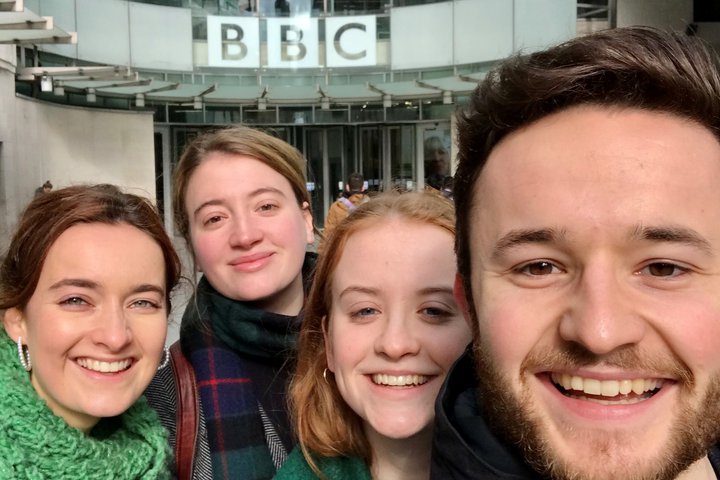