Charlotte Lockyer, graduate of RADA's technical theatre training, has been awarded Technician of the Year at last week's ABTT Awards.

Charlotte completed her Technical Theatre Arts training at RADA in 2007 and now works as an automation engineer, leading teams in the installation, commission and programming of productions across the UK and internationally.

She currently works as Senior Automation Engineer for TAIT Stage Technologies, where she also had her first job after graduating from RADA. In between she spent five years at the National Theatre's automation department, as well as working on a range of West End and touring productions. Charlotte also helped RADA with the automated flying on its production of The Winter's Tale earlier this year.

On naming her Technician of the Year, the ABTT cited: "Charlotte’s fantastic understanding of the theatrical process has quickly gained her a high reputation as an outstanding individual who can gain trust and respect from even the most discerning of production and artistic teams".

The ABTT (Association of British Theatre Technicians) Awards were announced on 6 June after the first day of the ABTT Theatre Show at Alexandra Palace. Click here for more information about all the winners. 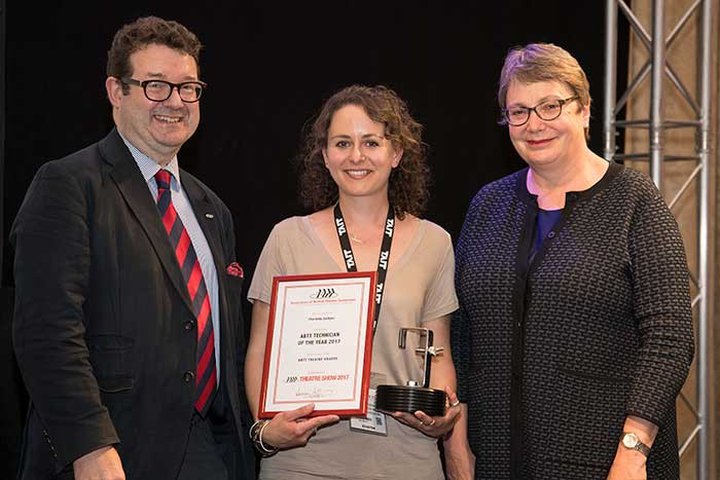