Congratulations to RADA graduate, David Jonsson who won Best Male Actor in a Play at the 2021 Black British Theatre Awards, for his performance in and breathe… at the Almeida Theatre.

The Black British Theatre Awards was established to highlight and celebrate the influence of Black performers and creatives in the UK’s artistic legacy, and the impact of their contributions on an International level, with this year's ceremony taking place on November 21 at Old Finsbury Town Hall in London.

This world premiere of and breathe... was performed by Jonsson (currently starring in BBC2’s Industry) and directed by the Olivier Award-winning director Miranda Cromwell (Young Vic’s Death of a Salesman) and featured music composed and performed live by Femi Temowo.

Centring on the loss of a beloved matriarch, the play written by Yomi Ṣode, explores family relationships, bonding and culture and tackles the unspoken, between what we leave unsaid to protect each other and how we internalise the world. Jonsson's performance was described as 'a virtuoso performance' by the Evening Standard.

The awards was co-hosted by fellow RADA graduate, Cynthia Erivo who described the importance of the event to The Stage:

“We know as artists, and especially black artists, we have a pivotal role to play in this renaissance [of theatre after COVID], and now is the time to set and realise change."

Congratulations to fellow RADA graduates who were also nominated this year, including Michael Balogun for his performance in Death of England at the National Theatre, Ronkẹ Adékoluẹjo for her role in Lava at the Bush Theatre, and Tia Bannon for her performance in Seven Methods of Killing Kylie Jenner at the Royal Court Theatre. 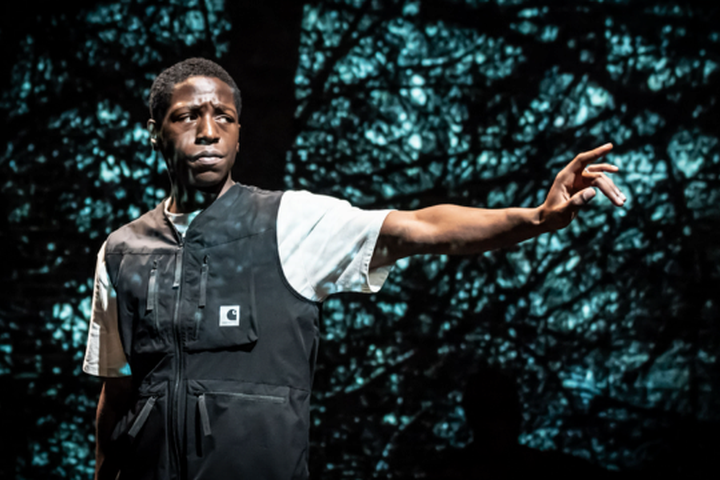