RADA at the Edinburgh Fringe

As the Edinburgh Festival Fringe kicks off for another year next week, we're once again pleased to see many RADA graduates taking their work to the festival as performers, writers, lighting designers, directors, stage managers and more.

Two shows that featured at this year's RADA Festival are heading to the Scottish capital. HERSTORY by Polly Clamorous, a comedy cabaret troupe featuring graduates of RADA's MA courses, highlights some of history's most enigmatic and misunderstood women through song, movement and spoken word. It plays at theSpace@Surgeon's Hall from 12-17 August. Also seen at the RADA Festival was Ladylikes' Top Secret House Party featuring BA Acting graduate Miztli Rose; you can catch the show in Edinburgh at Just the Tonic at Marlin's Wynd from 1-25 August, and also see Miztli in Freshly Squeezed Comedy at Laughing Horse at City Café throughout the Fringe.

Knock Knock by Hot Coals Theatre, which premiered at the 2018 RADA Festival returns for this year's Edinburgh Fringe. Created and performed by MA Theatre Lab graduates Jo Sargeant and Clare Louise-English, it plays at Assembly Roxy from 4-26 August.

Other RADA graduates performing at the Edinburgh Fringe include MA Theatre Lab graduate Tanya Vital, who performs in The Incident Room at the Pleasance Courtyard from 31 July - 26 August. BA Acting graduate Eva Traynor performs in A Man's A Man at The Stand's New Town Theatre from 1-25 August, while acting graduate Patrick Moy is in two-hander A Holy Show at the Pleasance until 26 August.

Several of our theatre production graduates are also working on shows in Edinburgh this summer. Graduate and Head of Production Lighting Matt Leventhall is lighting designer for children's show Captain Flinn and the Pirate Dinosaurs: The Magic Cutlass by Les Petits, playing at the Pleasance Courtyard from 31 July - 19 August; while Jai Morjaria is lighting designer for the Complicité Associates' I'll Take You To Mrs Cole at the Pleasance Dome from 31 July - 26 August.

Recent TTSM graduate Ben Bull is video designer for Baby Reindeer at Paines Plough's Roundabout at Summerhall from 31 July - 25 August; he is joined by graduate Peter Small who is lighting designer on the show.

Ella Aukett, who completed the FdA in Technical Theatre and Stage Management in July, is designer for E8 by The North Wall at the Pleasance Dome; the cast includes Tina Chiang, who studied on the MA in Text and Performance.

Designer Eleanor Field has designed China Plate Theatre's production of All of Me, playing at Summerhall throughout the Fringe.

Visit the Edinburgh Fringe website for more details and booking for all these shows. We know there will be many more graduates and staff working at the Fringe this year – please get in touch and let us know by emailing graduates@rada.ac.uk or getting in touch on Twitter. 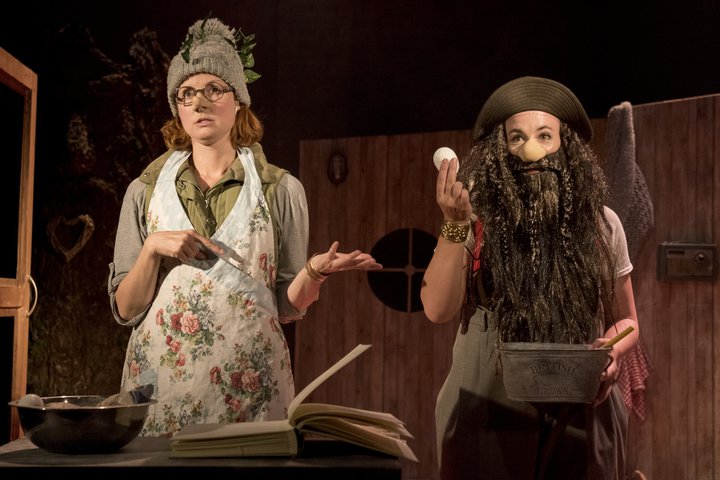