We are delighted to announce the appointment of three new Honorary Fellows at RADA, recognising contributions to the theatre industry in the fields of vocal coaching, producing and performance.

Leading vocal coach Cicely Berry, celebrated producer Thelma Holt and recent Tony Award winner Glenda Jackson have all accepted the position. We are reviving the role for the first time since it was created in 1989 for Sir John Gielgud, until now only the Honorary Fellow appointed in the Academy’s history. We intend to appoint Honorary Fellows on an annual basis, celebrating leading figures from across the industry, both high profile and unsung, highlighting transformative work on and off the stage.

The role of Honorary Fellow celebrates figures who have made significant impact and contribution to RADA, to training or to the wider industry. Fellows will be invited to take an active role in the life of the Academy, and where possible deliver a masterclass to current RADA students within the first year of the fellowship.

RADA Director Edward Kemp said: “I’m thrilled that Thelma, Glenda and Cicely have accepted the role of Honorary Fellow at RADA. They all embody many of the characteristics that we seek to pass on through our training: talent, discipline and skill, but also the curiosity, daring and determination that means their work has made such a significant impact on the industry. I’m looking forward to welcoming them all to RADA to meet our current students and play a part in training the next generation of artists and theatre-makers.

Reviving the tradition of Honorary Fellows will give us the opportunity to recognise practitioners from all areas of the industry – not just the familiar faces from our stages and screens, but also those who work tirelessly behind the scenes in production, training, education and technical theatre.”

World-renowned vocal coach Cicely Berry CBE trained at the Central School of Speech and Drama in its days at the Royal Albert Hall, and was the first vocal expert to work in-house at a theatre company when she was appointed by Trevor Nunn at the RSC since 1969 – in a role which she held for 45 years. She is widely revered as the leading voice expert in the industry, with countless drama students and professional performers having benefitted from her distinguished training. The author of five books, her teaching methods have continued to be fundamental to drama training and performance across the decades in a changing industry. She won the Sam Wanamaker Prize for pioneering work in theatre in 2000 and was appointed a CBE in 2009.

Thelma Holt CBE, the most recent winner of the Sam Wanamaker Prize, originally trained as an actor at RADA and had a successful performing career before moving behind the scenes. One of the forerunners of the London fringe theatre as founder of the Open Space Theatre, she later became artistic director of the Roundhouse, initiating a policy of bringing regional theatre to London audiences. Her subsequent work at the National Theatre, Peter Hall Company and ultimately her own production company cemented her reputation as one of the industry’s foremost producers, and over the decades she has produced many award-winning productions working with RADA graduates including Alan Rickman, Janet McTeer, Mark Rylance, David Harewood, Maxine Peake and Juliet Stevenson. Her most memorable work includes Pirandello’s Henry IV with Richard Harris; Three Sisters starring three members of the Redgrave family; and more than 20 shows by legendary Japanese director Yukio Ninagawa.

Thelma commented on her delight at the appointment, saying: “When I was 18 a wonderful letter arrived telling me I had been accepted by RADA. I remember it very well, and I have often been asked how I reacted: I slid down the bannisters. How I wish I could do that today. There are many who have come after me who have slid down their own bannisters – how lucky we have all been.”

Glenda Jackson CBE has just concluded a run in Three Tall Women by Edward Albee in New York, a performance that recently earned her first Tony Award for Leading Actress after four nominations. After training at RADA – in a year group that included Albert Finney, Sian Phillips and Richard Briers – her early career included roles at the RSC, becoming known for her performances in Peter Brook’s ‘Theatre of Cruelty’ season including Marat/Sade. Celebrated roles on screen included an Oscar-winning performance in Women in Love and an Emmy Award-winning performance in the title role in the BBC’s Elizabeth R – her recent Tony Award thereby making her one of the few actresses to achieve the ‘Triple Crown’ of acting awards. After swapping the stage for the theatre of Westminster, spending more than 20 years as a Labour MP, she retired from politics in 2015 and returned to the London stage in 2016 with a critically acclaimed performance as Lear at the Old Vic. She will reprise the role for a new production on Broadway next year.

Glenda said: “‘It was RADA who opened the gate on my long and winding theatrical road. It is a great honour to be invited back to a position where I may be able to help.”

The Honorary Fellows were officially appointed at RADA's graduation day on Saturday; we look forward to welcoming them to RADA soon. 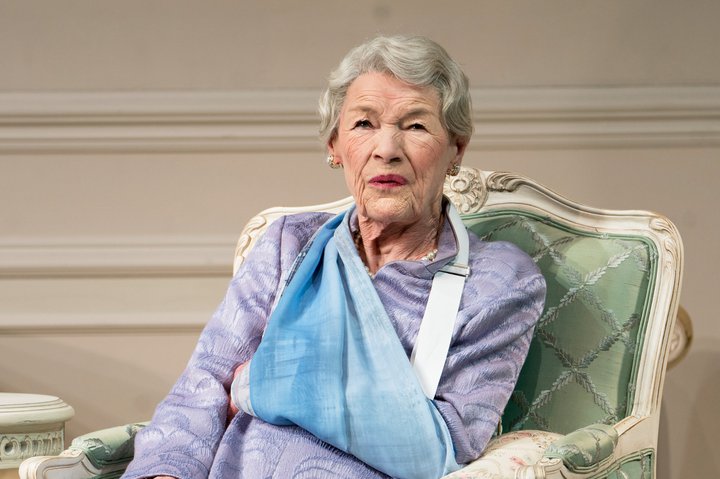