BAFTA has announced its annual list of Breakthrough Brits, celebrating the most exciting new British talents across film, games and television. We're delighted that three RADA graduates - Susan Wokoma, Daisy May Cooper and Jessie Buckley - are amongst this year's successful artists, receiving a year-long mentoring and guidance programme.

Susan Wokoma graduated from RADA in 2010 and has since made a name for herself in TV roles, most notably playing Cynthia in Chewing Gum and Raquel in Crazyhead, as well as roles in Crashing and Misfits. She has also appeared in films including Half A Yellow Sun and The Inbetweeners 2, while her stage credits include roles at the Sheffield Crucible, National Theatre, Manchester Royal Exchange and the New York transfers of Phyllida Lloyd's all-female Donmar Warehouse productions of Henry IV and Julius Caesar. She is currently making her West End debut in James Graham's Labour of Love at the Noel Coward Theatre.

Daisy May Cooper also graduated in 2010, and is named as a Breakthrough Brit alongside her brother Charlie; the siblings co-created mockumentary sitcom This Country, based on their hometown, which became a hit for BBC Three this year. Daisy has also appeared in The Wrong Mans, and will return in This Country next year - a second series has been commissioned by the BBC and is due to be broadcast in 2018.

Completing the trio is Jessie Buckley, who graduated from RADA in 2013 and has since appeared in a range of stage and screen roles. In theatre, her credits have included The Winter's Tale (Kenneth Branagh Theatre Company), The Tempest (Globe Theatre) and Henry V (Noël Coward Theatre), while on television she has appeared in War and Peace, Taboo and The Last Post. Most recently she completed filming for Beast, which premiered at the Toronto Film Festival, and will play Marian Halcombe in the BBC's upcoming adaptation of The Woman in White.

Visit the BAFTA website for to find out more about all of this year's Breakthrough Brits, and watch the videos below for more on the RADA graduates in the list. 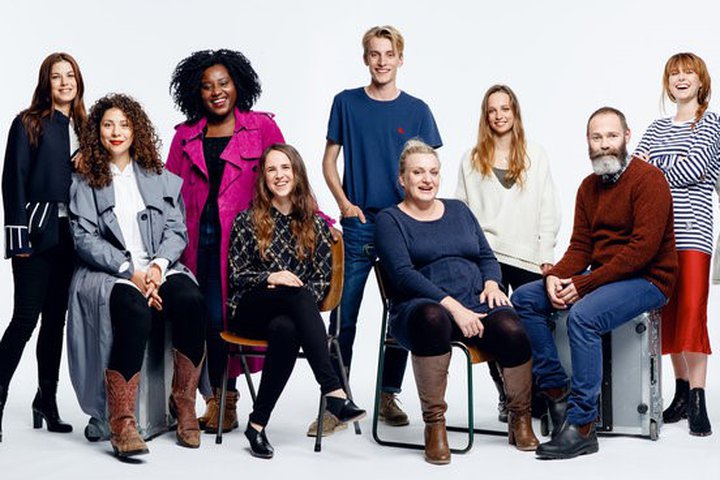