RADA alumna June Whitfield has been made a Dame at the age of 91 in the Queen's Birthday Honours, which were announced this week. Also honoured is fellow alumna Gugu Mbatha-Raw, who receives an MBE for services to drama.

June Whitfield is made a Dame for services to drama and entertainment after an acting career of over 70 years. She graduated from RADA in 1944, and made her first television appearance in 1951; in the same year she joined the original London cast of South Pacific in the West End's Theatre Royal Drury Lane. Her best-known credits include Absolutely Fabulous, Terry and June, Last of the Summer Wine, The Dick Emery Show and four Carry On films, as well as radio work such as The News Huddlines and Miss Marple. In recent years she has also had recurring roles in Eastenders, Coronation Street and Doctor Who.

Gugu Mbatha-Raw also appears on the Queen's Birthday Honours lists, having been awarded an MBE. After graduating from RADA in 2004, she has had an acclaimed career on both stage and screen, with theatre roles including Juliet at the Royal Exchange Theatre, Ophelia opposite Jude Law in Hamlet (Wyndham's Theatre) and the title role in Nell Gwynn at the Globe Theatre. In film and TV, her credits include Spooks, Doctor Who, Concussion, Belle and, most recently, Beauty and the Beast.

RADA Council Member and chair of RADA's Development Board Simon Berry - chairman of London-based wine and spirit merchant Berry Bros. & Rudd - has also been honoured with a CVO (Commander of the Royal Victorian Order) for services to the Royal Household Wine Committee, and for his post as Clerk of the Royal Cellars. 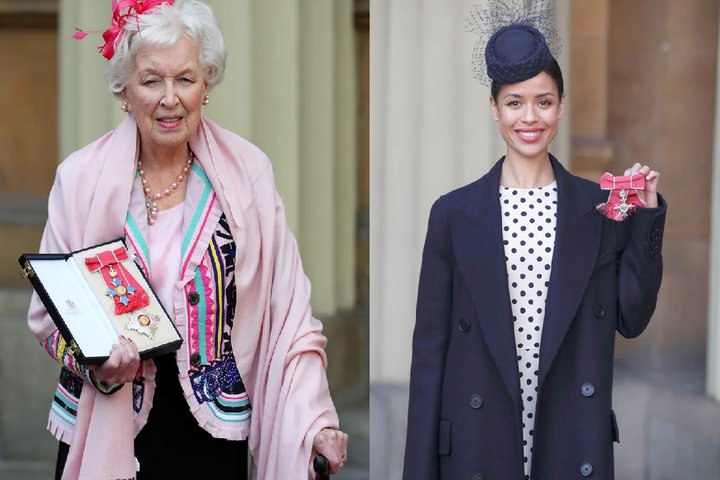