In the film, Sally plays the role of Elisa Esposito, a woman rendered mute by a traumatic event in her childhood. Living in Baltimore in 1961, she now works as a janitor at a high-security government laboratory and befriends a captured sea creature known as the 'Asset'.

Sally Hawkins graduated from RADA in 1998 and has gained many award nominations and wins throughout her film career. Highlights include Mike Leigh's Happy-Go-Lucky(multi award-winning including Golden Globe Award for Best Actress), An Education, Made in Dagenham, Blue Jasmine (Oscar and BAFTA nominations for Best Supporting Actress), Maudie and both Paddington films. On stage, she has appeared in Constellations (Royal Court/Duke of York's), Mrs Warren's Profession (Broadway), The House of Bernarda Alba (National Theatre), A Midsummer Night's Dream and Much Ado About Nothing (Regent's Park Open Air) and The Winterling (Royal Court).

The Shape of Water is currently leading the Oscars race with 13 nominations in total. Visit the BAFTA website and the Academy Awards website for the full lists of nominees. 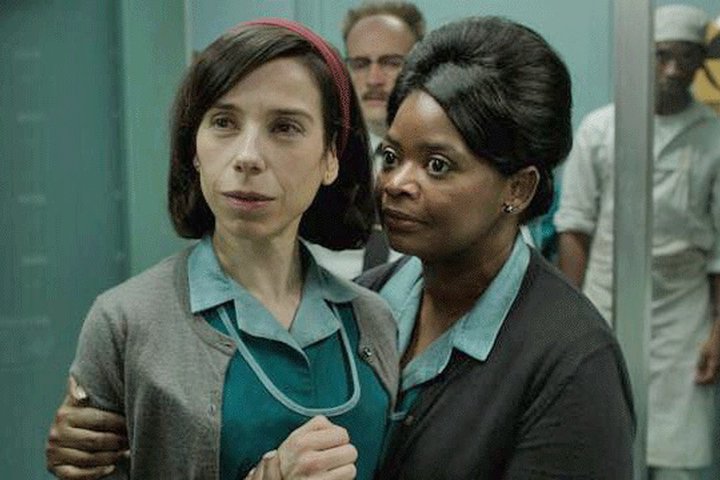