The finalists have been announced for the OnComm Awards, celebrating excellence in productions by independent, alternative and fringe theatres that are presented online. Over 120 OnComm Awards have been given out since they were introduced in May 2020, and there are finalists in a number of categories - including work that was recorded prior to lockdown and edited for broadcast, and work that was fully created online during the Covid restrictions. We're delighted to see lots of shows that include work from RADA graduates, as theatre-makers in many different disciplines adjust to new ways of working.

The House Of Bernarda Alba by Graeae and the Royal Exchange Theatre was originally staged in 2017, and was released online last year. The production integrated BSL, captioning and audio description, and featured graduate Kathryn Hunter in the title role.

Also in the list of finalists are Cyprus Avenue, filmed at the Royal Court with Ronkẹ Adékoluẹjo in the cast; and Birdsong by Original Theatre, created during lockdown and featuring Tom Kay in the cast.

Graduates Ross Armstrong and Jamie de Courcey were in the cast of a special recording of outrageous comedy The Boss of It All, a live-streamed co-production by Soho Theatre, New Perspectives and Derby QUAD. Also using live online performance was the Show Must Go Online series, which staged readings of Shakespeare on YouTube; their performance of Richard III is nominated, with a cast that included graduate Doireann May White.

Audio drama is also recognised, in particular Rockets and Blue Lights by Winsome Pinnock. The Manchester Royal Exchange production was recorded for the Lockdown Theatre Festival, a project created by graduate Bertie Carvel, and featured graduate Kiza Deen in the cast.

The Jermyn Street Theatre released a number of series of works, from songs to sonnets, and are nominated for their 15 Heroines series. 15 leading British playwrights drew inspiration from Ovid to dramatise the lives of 15 heroines for a series of new online plays; lighting design was by graduate Simisola Majekodunmi and Patsy Ferran performed Ariadne - The Labyrinth.

The OnComm Awards finalists include a category for interactive and immersive work, recognising companies who have used digital platforms to create new audience experiences. These finalists include Viper Squad by CtrlAltRepeat, for whom graduate Suzanne Knight is costume co-ordinator; Dream Catcher by Blue Zoom Moon including graduate James Hirst in the cast; and the Guildford Shakespeare Company's take on Wind in the Willows, including graduate Rob Mountford in the cast.

Congratulations to all the OnComm recipients and finalists. You can see the full list here, and winners will be announced on 21 February. 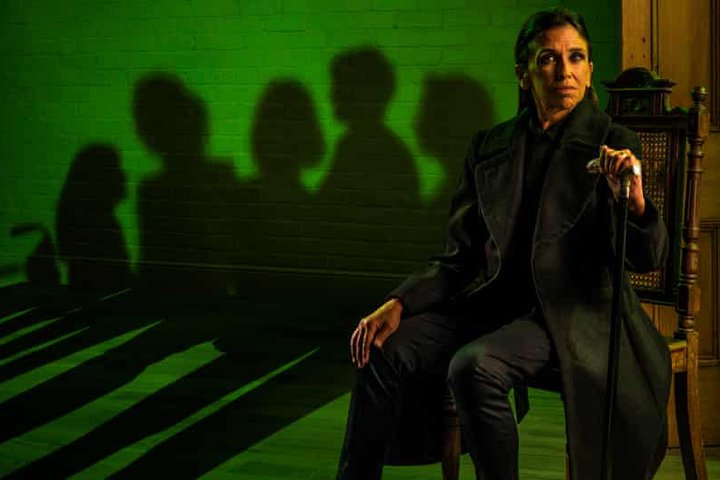