RADA alumni Kenneth Cranham and Imelda Staunton are celebrating success at the 2016 Olivier Awards, which were announced in London last night in a ceremony at the Royal Opera House.

Kenneth Cranham won the award for Best Actor for his role in Florian Zeller's The Father, which played at the Tricycle Theatre last year before transferring to the West End. He was nominated for the award alongside RADA alumni Adrian Lester, Kenneth Branagh and Mark Rylance, with Benedict Cumberbatch completing the category. It is Cranham's first Olivier Award, having won the Critics' Circle Award for Best Actor for The Father last year.

Also taking home an Olivier was Imelda Staunton, who was awarded Best Actress in a Musical for her critically acclaimed performance as Momma Rose in Jonathan Kent's revival of Gypsy. The show was one of the biggest West End hits of 2015, having transferred from the Chichester Festival Theatre, and also won awards for Best Supporting Actress in a Musical (Lara Pulver), Best Lighting Design (Mark Henderson) and Best Musical Revival.

In the category for Best New Comedy, the award went to The Globe's Nell Gwynn, which is now playing in the West End at the Apollo Theatre. The title role was originally played by RADA alumna Gugu Mbatha-Raw at The Globe, and is currently being played by fellow RADA alumna Gemma Arterton in the West End. Arterton was nominated for the Best Actress award for her portrayal, as was alumna Janet McTeer for her performance in Les Liaisons Dangereuses.

All in all, eight RADA alumni were nominated for awards. As well as his Best Actor nod, Kenneth Branagh was also nominated for Best Director alongside Rob Ashford for The Winter's Tale, with Branagh Theatre's 'Plays at the Garrick' season gaining seven nominations in total. In the musicals categories, alumnus Jamie Parker was nominated for Best Actor in a Musical for his role as Sky Masterson in the Chichester Festival Theatre revival of Guys and Dolls, which subsequently transferred to the Savoy Theatre.

Elsewhere, Martin McDonagh's Hangmen won two awards, for Best New Play and Bet Set Design (by Anna Fleischle). Joshua Carr, who trained at RADA on a Postgraduate Diploma in Stage Electrics and Lighting Design, worked as Lighting Designer for the show, which played at the Royal Court and subsequently the Wyndham's Theatre. You can read more about Joshua's career so far here. 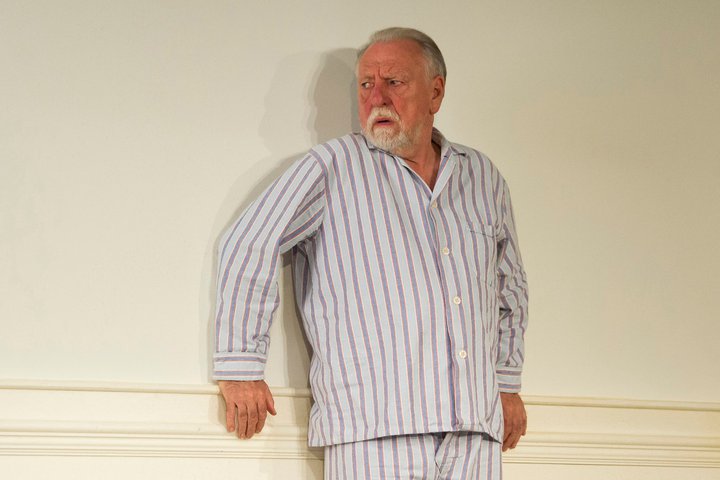