RADA graduate Bertie Carvel has won Best Actor in a Supporting Role at the 2018 Olivier Awards, which took place on Sunday night.

He received the award in recognition of his performance in James Graham's Ink, in which he played Rupert Murdoch. The show tracks the early days of The Sun newspaper and received critical acclaim when it opened at the Almeida Theatre in 2017, before transferring to the West End. The show was also nominated for Best New Play and Best Director. In 2012 Bertie won Best Actor in a Musical for originating the role of Miss Trunchbull in Matilda the Musical, and was previously nominated for the same award for Parade in 2008.

Four other RADA alumni were also nominated at the Oliviers this year. 2016 graduate Jamael Westman has been nominated for for Best Actor in a Musical for playing the title role in Hamilton, his West End debut. The hit musical - which won 11 Tony Awards in 2016 - won seven Olivier Awards including Best New Musical, and became the most nominated production in Oliviers history with 11 nominations.

Ciarán Hinds was also nominated for the same award for his role in Girl From the North Country. The show, which intertwines the songs of Bob Dylan with the story of a fractured community in 1930s Minnesota, opened at the Old Vic last year and has recently completed a West End run.

James McArdle was nominated for Best Actor in a Supporting Role for Angels in America, in which he plays Louis. The two-part production played at the National Theatre in summer 2017, and has now transferred to Broadway where James is reprising his role at the Neil Simon Theatre.

Finally, Imelda Staunton was nominated not once but twice, both for Best Actress in a Play for playing Martha in the West End revival of Who's Afraid Of Virginia Woolf?; and for Best Actress in a Musical for Follies at the National Theatre, in which she played Sally Durant Plummer. The Sondheim revival was nominated for 10 awards in total and picked up three wins on the night, including BEst Musical Revival. 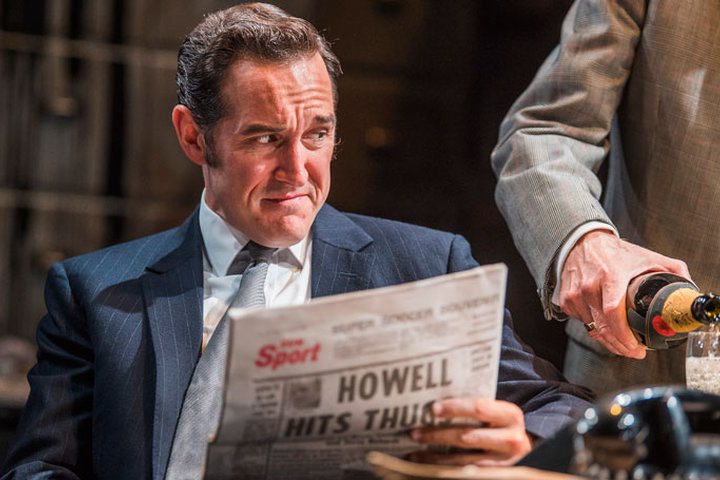