RADA’s Council is pleased to announce that Niamh Dowling is the new Principal of RADA.

Niamh Dowling is former Head of Postgraduate School of Performance, Design and Technical Arts at Rose Bruford College of Theatre and Performance in London, prior to which she was Head of School of Theatre at Manchester Metropolitan University. Her extensive career as a teacher has been international, including partnerships with arthaus.berlin, National Theater Institute at the Eugene O’Neill Centre in Connecticut, with Song of the Goat in Wroclaw, Poland, as well as extensive work with the British Council. Following her training in Wales, London, Paris and New York, she has, over many years, developed a unique approach to working with a range of performers, technicians, designers, directors, writers and managers for which she has been selected as one of the practitioners on the online Routledge Performance Archive.

Niamh Dowling said: “I am so delighted to be joining RADA as Principal. RADA’s reputation as a world leader in the field of actor, technical, design and performer training is outstanding. It has been a difficult couple of years for the sector and the industry and we are all learning at such a fast pace. With talented students and alumni, and experienced, knowledgeable and dedicated staff, RADA is perfectly positioned for conversations and collaborations in the UK and internationally about training that is relevant and representative of 21st-century Britain and beyond. I am looking forward to those conversations and leading RADA as this next phase unfolds.”

Marcus Ryder, Chair of RADA Council, said: “This is an important moment in RADA’s history, and arguably a seminal moment for conservatoires in the UK. Niamh Dowling was appointed following a long and rigorous selection process by RADA Council involving staff and the student body. I am confident that Niamh is a brilliant appointment to meet the current challenges and help shape the future of the teaching of the dramatic arts at RADA, nationally and internationally. I look forward to working with Niamh and giving her the support she needs to ensure RADA strengthens its position as a world leading drama school producing the best technical and acting talent.”

Niamh Dowling is currently Head of Postgraduate School of Performance, Design and Technical Arts at Rose Bruford College of Theatre and Performance in London. Since 2013 she has developed a suite of innovative postgraduate programmes in the UK and with international partners: with arthaus.berlin and with National Theater Institute at Eugene O'Neill Centre in Connecticut. Prior to this she was Head of School of Theatre at Manchester Metropolitan University where she developed an international MA programme which ran in Wroclaw, Poland, with Song of the Goat.

Niamh has taught internationally as a Movement Director in the USA, Asia, Central and South America, and Russia working on projects and productions in USA, Hong Kong, Zambia, Tanzania, Kenya, Uzbekistan and Ukraine with longer term British Council projects in Africa and Singapore. Recent work for the British Council has included a four year project with TAFU in Tbilisi, Georgia and leading an ongoing acting and technical training programme at University of Arts and Culture in Uzbekistan.

Brought up in Northern Ireland during the Troubles, Niamh’s first passion was mountaineering and her first work was as a mountain leader. With a BA from University of Wales and an MA from Goldsmiths College, Niamh trained with Monika Pagneux in Paris, Nancy Topf and Eva Karczag in New York and as a teacher of Alexander Technique. She has developed a unique approach to working with a range of performers, technicians, designers, directors, writers and managers for which she has been selected as one of the practitioners on the online Routledge Performance Archive. Niamh’s movement practice is underpinned by principles of Alexander Technique and Systemic Constellations and is shaped by metaphor. Over the past ten years she has been training in systemic approaches to leadership which has influenced her more recent practice research in the articulation of an inclusive and liberatory approach to both performance, design and technical training.

Niamh is on the executive of the Federation of Drama Schools and on the Editorial board of Taylor and Francis Journal: Theatre Dance Performance Training. 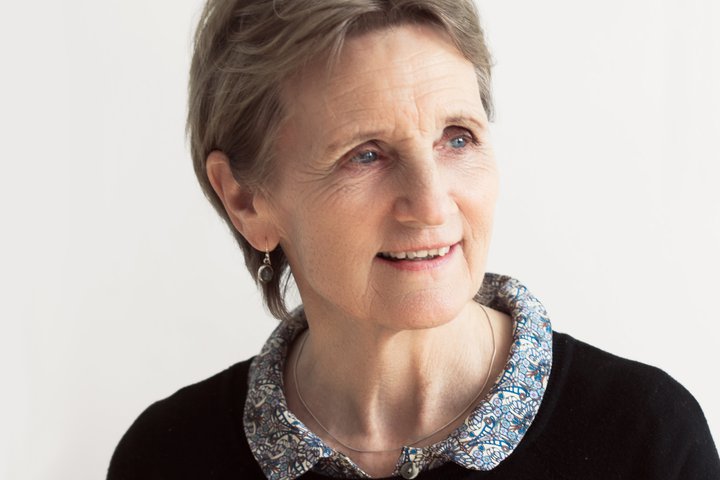