Based on the 1983 ITV series of the same name, the film follows four women whose husbands are all killed in a failed heist; teaming up, they decide to complete the crime themselves.

Cynthia will play Belle, one of the widows, alongside Viola Davis, Elizabeth Debicki and Michelle Rodriguez. The film also features a cast including Colin Farrell, Liam Neeson and Daniel Kaluuya.

Cynthia graduated from RADA's BA (Hons) Acting in 2010. Since then, she has appeared in TV programmes including Chewing Gum and The Tunnel, and stage shows including I Can't Sing! and Sister Act. However she is best known for playing Celie in the musical adaptation of The Color Purple, firstly at the Menier Chocolate Factory in London, and subsequently in the Broadway revival at the Bernard B. Jacobs Theatre. For this role she won the Tony Award for Best Actress in a Musical, as well as a Drama Desk Award, Outer Critics Circle Award and Theatre World Award. She also won a Grammy Award as one of the artists featured on The Color Purple cast recording, and a Daytime Emmy Award along with the rest of the cast for Outstanding Musical Performance in a Daytime Program. 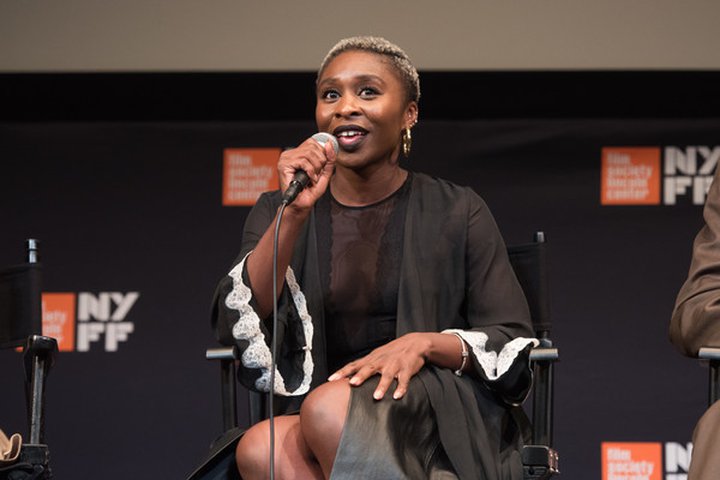