RADA has enjoyed unprecedented success at the BBC's annual Carleton Hobbs Bursary Award competition, with all four students who entered being recognised, and third year Natasha Cowley announced as a winner. Natasha receives a five-month contract with the BBC Radio Drama Company as part of BBC Radio's commitment to finding new talent.

RADA's Matt Gavan and Norah Lopez-Holden were both announced as runners-up, and will appear in at least one BBC Radio drama production in the coming months. Furthermore, with every member of the RADA team - Natasha, Matt, Norah and Luke Brady - receiving commendations, it’s been a triumph for RADA this year.

The annual competition is open to full-time drama students across the UK and has been running since 1953. It was originally known as the BBC Student's Acting Prize, but was renamed after esteemed radio actor Carleton Hobbs on his death in 1978. Hobbs was also an alumnus of RADA, and appeared in over 4000 radio productions throughout his career, including playing Sherlock Holmes for 17 years.

Previous RADA winners of the award include Iain Batchelor, Pippa Bennett-Warner, Joshua McGuire, Adam Nagaitis, Samuel Valentine, Cassie Layton and, in 2015, Caolan McCarthy. Caolan has since appeared in radio dramas including How To Flee From Sorrow, Black Dog and Stage Left.

‘Being one of the best results RADA has ever had, this is a fantastic result for everyone across the academy. I’m thrilled that all the extra work and rehearsals the team have put in under David Timson’s excellent guidance has paid off’ said Edward Hicks, Head of Film, TV & Radio at RADA

Many congratulations to Natasha and all the students involved. For more information about the Carleton Hobbs Bursary Award, visit the BBC website here. 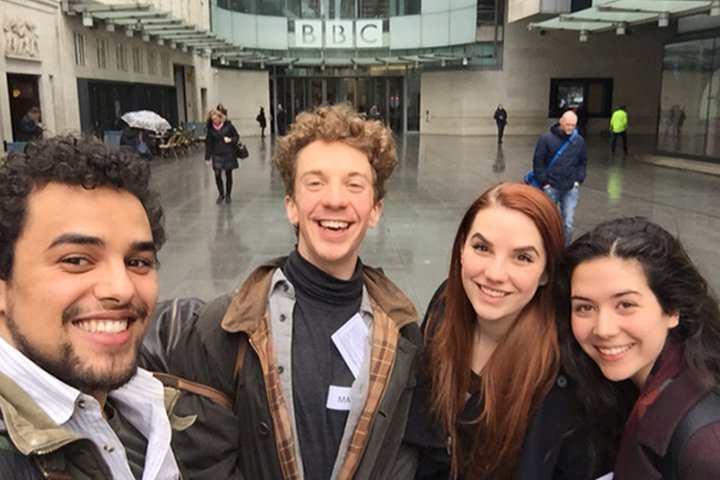