We are delighted to announce that Michael Attenborough CBE has been appointed to the honorary post of Director Emeritus, building on his long-standing and greatly valued relationship with the Academy.

Michael Attenborough was on the RADA Council for 17 years, latterly holding the post of Vice Chairman alongside the late Alan Rickman; his continuing association with RADA also includes over a decade of work with BA Acting students, rehearsing classical and modern speeches for use in their graduate showcase and ongoing career. Most recently, Michael has been working with second year Acting students on their Shakespeare/ Stanislavski course, on As You Like It, a play he previously directed in Washington DC in 2014 with RADA graduate Zoe Waites as Rosalind.

The new position will see Michael become more involved in many areas of RADA training, teaching both Acting and Technical students. He will also serve as a senior adviser on the design of the new Richard Attenborough Theatre, a key component of the upcoming redevelopment of RADA’s Chenies Street site.

On his appointment to the role, Michael Attenborough said: “I am deeply honoured to be invited to become Director Emeritus of RADA. It's a thrilling prospect and I fully intend to be as involved and proactive as I possibly can alongside my freelance work.

As I enter my 45th year as a director, I already feel hugely enriched by this new interaction with such evidently hungry, diverse and extremely talented young artists. RADA brims with progressive, creative energy and I feel truly excited at the prospect of what lies ahead."

Michael Attenborough’s career as a director began at Sussex University and has included roles such as Associate Director of the Mercury Theatre, Colchester, the Leeds Playhouse (now the West Yorkshire Playhouse) and the Young Vic, and Principal Associate Director of the Royal Shakespeare Company for 12 years. He has worked as Artistic Director of the Palace Theatre in Watford, the Hampstead Theatre and most recently the Almeida Theatre in north London from 2002-13. His freelance work includes productions for the National, the Royal Court, the Tricycle and Chichester.

The appointment continues the long association between the Attenborough family and RADA: Michael’s father Lord Richard Attenborough was a student at RADA, where he met Michael's mother Sheila Sim, and later served as Chairman for 30 years and President for 11 years.

The post of Director Emeritus was previously held by Bill Gaskill, former Artistic Director of the Royal Court Theatre, who passed away in February 2016. 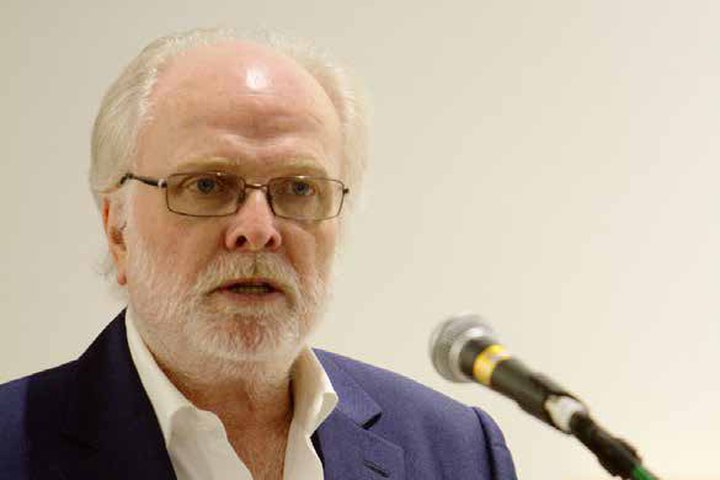