We are delighted to be working with theatre company Les Enfants Terribles to launch the new LET Bursary, raising funds to support an individual through drama training at RADA.

The first ever LET Bursary has been launched via a crowdfunding campaign that aims to raise £10,000 for an individual without the current financial means to attend drama school, to contribute to tuition fees and living costs for RADA's BA (Hons) Acting course.

RADA graduate Katherine Kelly is the official patron for the bursary. She graduated from RADA in 2001, and has since appeared in television series including Coronation Street, Happy Valley, Mr Selfridge and The Night Manager, and on stage at the National Theatre, Donmar Warehouse, Royal Shakespeare Company and Manchester Royal Exchange. Katherine said of the award: "Without RADA I simply wouldn’t be where I am today. The training which they provided me with gave me to tools to tackle any role in any script in any production anywhere in the world. There is no way that I would have had the exciting, varied and fulfilling career I've had so far, but I know that I have been incredibly lucky.

When young actors ask me how they can break into the industry, I always recommend drama school. However so many talented young people, understandably and heartbreakingly, dismiss this as a possibility because drama school seems totally unaffordable. Talent is not, and should never be, related to how much money you have. The LET Bursary, which I am thrilled to be a patron of, aims to remove some of those financial barriers which may discourage young actors from reaching their full potential. RADA’s alumni include some the best actors of film, stage and screen and with your donation, you will be allowing a young actor to have the best possible start to their career." You can watch Katherine introducing the bursary in the video below.

Les Enfants Terribles was founded in 2001 and is known for its original, innovative and exciting theatre, comprising striking visual aesthetics and innovative use of props, puppetry and live music. Founder and artistic director Oliver Lansley said: "With the gulf between richer and poorer growing ever wider in our society and the cost of drama schools having risen to over £9000 a year it is becoming increasingly hard for young people of less affluent backgrounds to be able to pursue their dreams of working in the arts. I set up Les Enfants Terribles when I was 19 years old. My parents were not in involved in the arts, my father was a builder and my mother worked for the NHS, and there was no way they could have afforded £30,000 for me to train as an actor. 15 years later I see now how difficult it would have been for someone like me to get a foothold in this industry. I've been incredibly lucky. That’s why I feel it is essential for people in my position to help redress the balance and help support the next generation of artists."

Edward Kemp, Director of RADA, said: "At a time when the higher education funding model puts financial pressure on many students, it’s vital that there is support available to enable talented young performers to pursue their careers through high quality training. I’m delighted that we’re adding to our scholarship provision by partnering with Les Enfants Terribles to offer the new LET Bursary. Founded by actors, RADA has always enjoyed exceptionally close ties with the profession and it's particularly gratifying that a theatre company should want to support our students in this way. Having a diverse company of actors training at RADA only enriches our learning experiences and creative output, and we hope that the new bursary will open up a pathway into the industry for a talented performer who might otherwise not have the opportunity."

The crowdfunding page is now live. Click here to find out more information and to donate to the bursary fund. 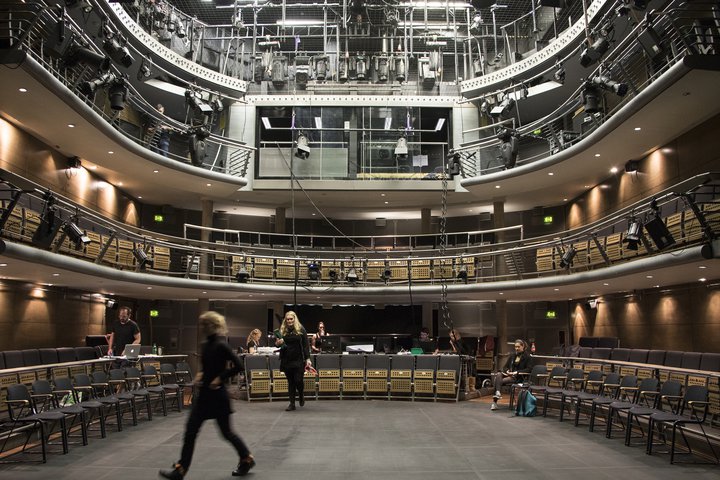