We are deeply saddened to hear the news that Her Majesty The Queen, patron of RADA, has passed away.

The Queen became our patron on her ascendance to the throne in 1952 and we have been honoured to celebrate notable milestones in her reign and RADA’s history together a number of times.

RADA’s association with the royal family goes back over 100 years, stemming from our Royal Charter granted in 1920, and the visit of the future Edward VIII in 1921.

The Queen first visited RADA in 1964, along with her mother Queen Elizabeth The Queen Mother, on the occasion of RADA’s Diamond Jubilee.

The Queen returned to RADA in 2000 to open our refurbished Gower Street and Malet Street buildings, the focus of RADA’s centenary renovation project, including the new Jerwood Vanbrugh Theatre. The late Lord Richard Attenborough, President of RADA at the time, and many of his fellow RADA graduates gathered for the occasion, and The Queen joined the audience for a special performance of 18th century comedy The Clandestine Marriage. After unveiling a plaque in commemoration of her visit, Her Majesty spoke about the importance of theatre in British culture: “Britain has a proud heritage in all the arts, but none stands higher in world-wide reputation and acclaim than our theatre and acting profession”.

Our thoughts and condolences are with the Royal Family.

Image: Her Majesty The Queen attending a performance at RADA to celebrate the Academy's Diamond Jubilee, London 1964. (Getty Images). 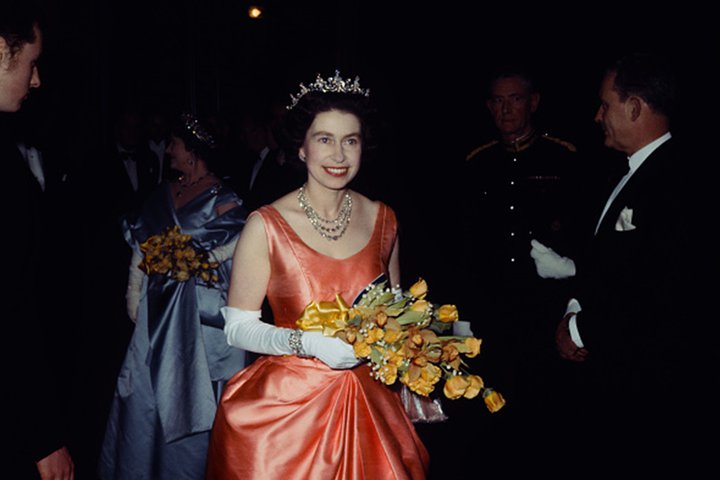