Graduates collaborate on and off stage for new play

A new production at the Tristan Bates Theatre in London is demonstrating the talents of RADA graduates across many areas of a production: performing, writing, directing and design.

Drowned or Saved? follows chemist, writer and Auschwitz survivor Primo Levi decades after World War II as he struggles to complete his latest story, delving back into past memories and inadvertently bringing characters from his past back to life.

The show is written and directed by Geoffrey Williams who completed an MA in Directing at RADA in 2014. The cast of four includes Eve Niker, who trained on our MA Theatre Lab in 2015-16. 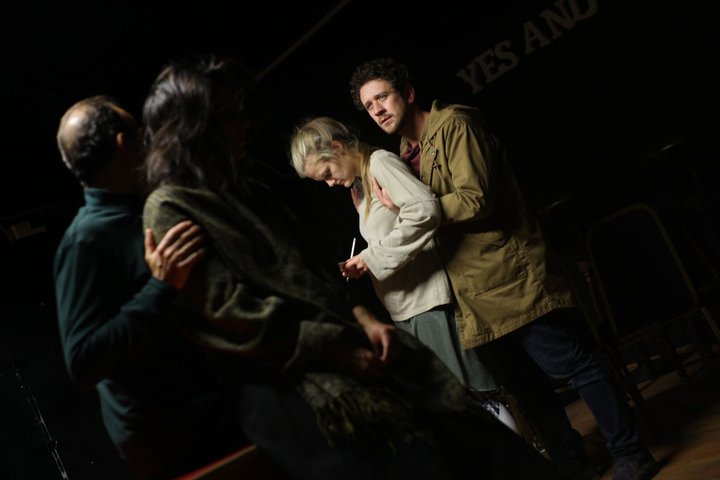