The winners of the Evening Standard Theatre Awards were announced on Sunday evening in a star-studded cermony at the Old Vic.

RADA alumnus Ralph Fiennes was awarded Best Actor for his performances in The Master Builder (Old Vic) and Richard III (Almeida). Judge Mark Lawson wrote of his performances: 'Ralph Fiennes conjured a remarkable 2016 double of moral monsters: the arrogant (and possibly paedophile) architect Solness in the Old Vic revival of Ibsen’s The Master Builder and, at the Almeida, the crooked title character in Shakespeare’s Richard III. Solness, a man fearing professional and sexual impotence, demonstrated Fiennes’s ability to dramatise psychological crisis, while his crookback king — accepting the crown with a slow one-fisted salute — showcased his physical danger and presence. After a period in which he seemed most interested in movie acting and direction, Fiennes has set himself in recent years to become the great classical actor that had always seemed within his reach.' Fiennes saw off competition from three other RADA alumni (Kenneth Branagh, O-T Fagbenle and James McArdle) to win the prize, which is his first at the ES Theatre Awards.

Also honoured at the event was RADA graduate and President Kenneth Branagh, who received the Lebedev Award for his Branagh Theatre season, Plays at the Garrick. The season ran for 13 months and included productions such as The Winter's Tale, Red Velvet and The Entertainer, with a cast and creative team including 13 RADA-trained actors, one RADA-trained playwright and one RADA faculty fight director. 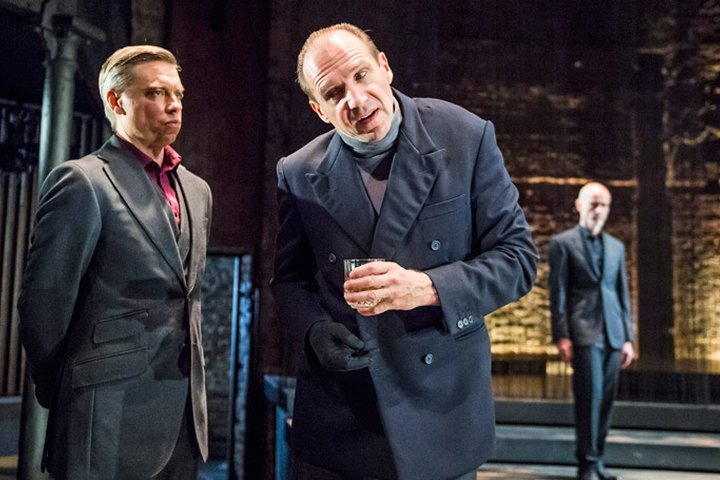