The 74th Emmy® Awards were announced this week in a live ceremony held on September 12 in Los Angeles. The awards are considered one of the most prestigious awards in television, celebrating the achievements of series, miniseries, and TV movie.

RADA Acting graduate Matthew MacFadyen was awarded Outstanding Supporting Actor In A Drama Series for his role as Tom Wambsgans, a character infatuated with power and prestige whose pursuit of acceptance sometimes inflicts self-humiliation in the process.

Succession is an American satirical black comedy-drama television series created by Jesse Armstrong which premiered in 2018 on HBO. The series centers on the Roy family, the dysfunctional owners of Waystar RoyCo, a global media and entertainment conglomerate, who are fighting for control of the company amid uncertainty about the health of the family's patriarch.

The show has won 13 Emmy awards since it was first nominated in 2019 this year the awards included for Outstanding Drama Series and for achievements in writing, picture editing directing, sound and production design. and with nominations for a total of 48 awards. Nominations included graduate Jeremy Strong for Outstanding Lead Actor In A Drama Series his role of Kendall Roy, Strong previously won the award for the same role in 2020.

See the full list of winners and nominees here.

Photo by Phil McCarten/Invision for the Television Academy. 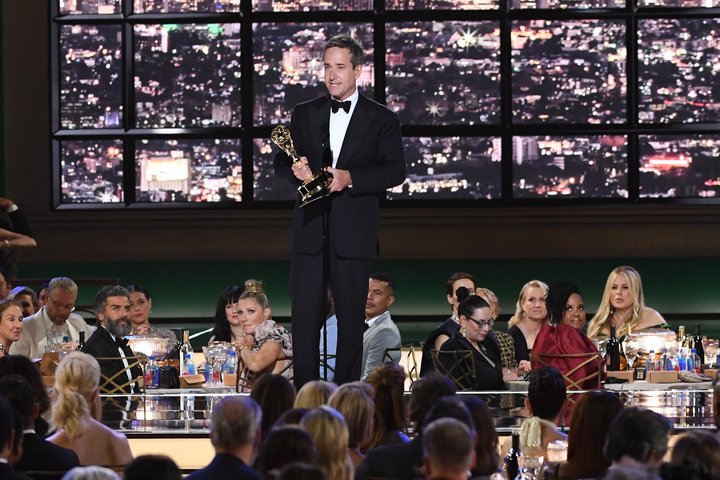