bricks and pieces at Latitude Festival

bricks and pieces by Charlene James, which premiered at RADA in May 2016, will be performed at Latitude Festival this week with a cast of graduating students.

The play was commissioned by RADA in partnership with the UK's leading African theatre company tiata fahodzi, with the aim of providing exciting new work for young black actors, and to bring the British public an enthralling new piece about humans, not stereotypes. It was first performed with a cast of four RADA students in May, going on to play sell-out shows with audience acclaim. The same cast of four will join the show at Latitude Festival: David Jonsson, Evlyne Oyedokun, Abraham Popoola and Jamael Westman all graduated from RADA last week and will perform the show on 15 July in The Little House.

Written by Charlene James (writer of the award-winning Cuttin' It), and directed by Natalie Ibu (artistic director of tiata fahodzi), bricks and pieces is a story about the places we escape into, the other worlds we build and the icons we cling to. Lovers Tobi and Gabe are building a life together. When Tobi’s cousin Mya crashes into his home, she brings along both her dreams and her baggage. While Tobi tries to hold on to Gabe, he struggles to support Mya when he can’t seem to support himself.

The show received wonderful feedback from audiences, with theatregoers commenting "how I wish there were more plays in the world like bricks and pieces"; "a beautiful exploration of love and loss"; "a truly moving, radical, and human story" and "bricks and pieces is seriously good. Builds & builds then collapses right before your eyes".

Visit the Latitude Festival website to find out more about the show. Click here to read a review of the show. 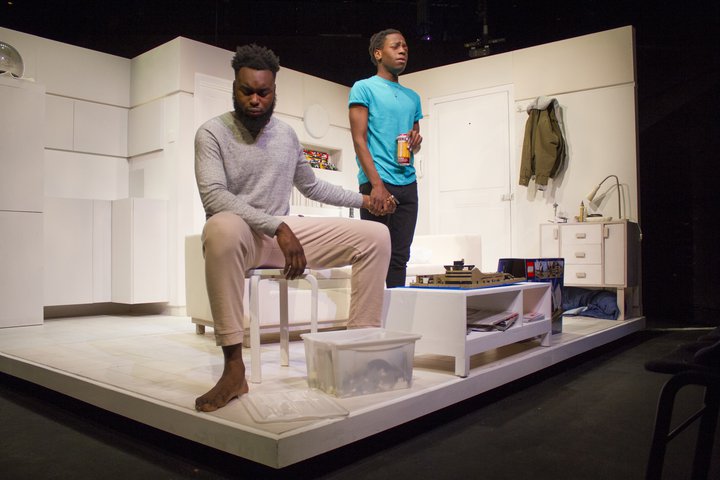