We were very sorry to learn that Alan Rickman, RADA graduate of 1974, died this morning of cancer. In a statement, Edward Kemp, Director of RADA, said :

"We are deeply saddened to hear of the death of Alan Rickman, who died this morning. A RADA graduate and later Vice-Chairman of the RADA Council, Alan’s commitment to the Academy and our students truly knew no bounds and without him RADA would be much the poorer today. He was generous with his time, his insight, his money, his experience, not only to RADA students but to young actors and theatre makers across the spectrum. He will be much missed. Our thoughts are with his family at this time."

Rickman commanded a rich and successful career in theatre and film. He gained particular acclaim after playing the role of the Vicomte de Valmont in the Royal Shakespeare Company’s production of Les Liaisons Dangereuses in 1986, for which he won a Tony Award when the production transferred to Broadway in 1987.

Other notable stage roles include Mark Anthony played opposite Helen Mirren’s Cleopatra at the National Theatre in London, and the title role in Ibsen’s John Gabriel Borkman at the Abbey Theatre in Dublin, then later New York. He also played Hamlet for the Georgian director Robert Sturua.

Rickman gained a BAFTA Award for playing the Sheriff of Nottingham in Robin Hood: Prince of Thieves, and was awarded the Golden Globe, Emmy Award and Screen Actors Guild Award for his portrayal of Rasputin in the television film Rasputin: Dark Servant of Destiny.

His film credits include Colonel Brandon in the 1995 film adaptation of Sense and Sensibility alongside Emma Thompson, as well as Hans Gruber in Die Hard. He is also known for his portrayal of Jamie in Anthony Minghella’s breakthrough film Truly, Madly, Deeply alongside fellow RADA graduate Juliet Stephenson, a role which gained him a BAFTA nomination. Rickman is recently best known for playing the role of Severus Snape in the Harry Potter films.

As a director, Rickman’s credits include My Name Is Rachel Corrie at the Royal Court Theatre in 2005 and The Winter Guest, which premiered at the West Yorkshire Playhouse before transferring to the Almeida Theatre, and which he later directed as a film. His other directorial roles in film include A Little Chaos.

Rickman was a great supporter of RADA. He was elected to the RADA Council in 1993 where he also acted as Vice-Chairman, and joined the Development Board in 2015. He was also a member of the Artistic Advisory Committee and the Training Committee. 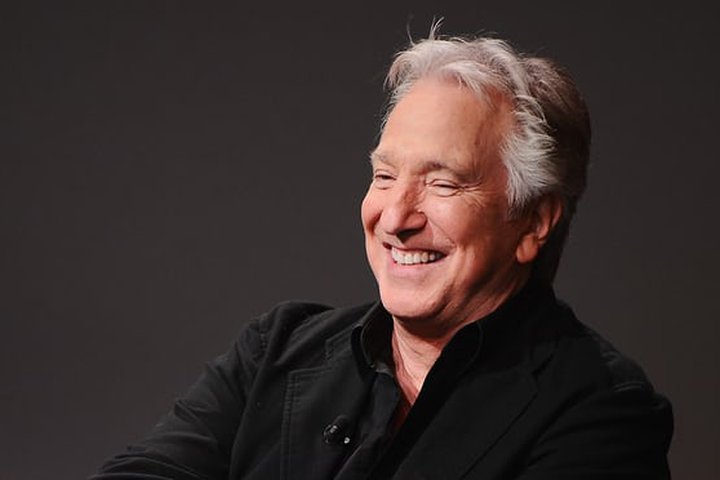