Vicky Eames completed her Graduate Diploma in Technical Theatre Arts at RADA in 2005. She has subsequently put her training into practice working as DSM (Deputy Stage Manager) freelancing in a range of venues across London and Europe. We grabbed Vicky for a quick catch-up after she finished working on The Maids at Trafalgar Studios.

Can you briefly explain the role of a DSM for those of us who aren’t sure?

The DSM attends all rehearsals where they prompt the actors when necessary; notate all blocking; send out daily rehearsal notes to the creative and production team; and generally facilitate whatever is needed for the process, as well as being the main communication point for most people involved in the production. I really enjoy being a part of this creative process and seeing the show develop. Once in the theatre, the DSM calls the show, which involves cueing all technical elements, including lighting; sound; fly cues; set moves; cast entrances; pyrotechnics; and anything else that might crop up on a show-to-show basis. Quite often the DSM will also operate one or more of these elements – I operated the sound cues on The Maids and for most of the shows I have worked on recently, and have often had a ‘big red button’ to fire a kabuki drop or sometimes a pyrotechnic. It can be quite a high-pressure role at times – if something unusual happens during the course of a show, you have to make quick decisions, but this can also be very rewarding. You are effectively an additional cast member, as you massively affect what happens on the stage. You never know quite what to expect, and I love that no two days, or two shows, are ever the same.

Are there any particular highlights from your career so far?

So many. From my first paid job when leaving RADA (a tour of a one woman show) to becoming resident DSM in the National Theatre’s Temporary Theatre last year. Calling a West End musical for the first time; DSMing a show in Germany; dancing onstage in an opera when members of the Chorus were off sick; all the work I’ve done with the Jamie Lloyd Company; having a show nominated for an Olivier; getting to hang out with a Gnasher puppet for a musical about Dennis the Menace; and working with some of the most incredible actors and practitioners in the business. My job can be exhausting at times, but there is always so much joy to be had.

What’s it like adapting your work for different venues?

I work as a freelance DSM, so I’m always working in different venues and with new teams. This variety is one of my favourite things about the job, but it means you have to be ready to adapt really quickly to different scenarios. In terms of practicalities, in some theatres you will call the show from backstage and in others from the auditorium (so your view can change enormously); your equipment (cue lights, cans, monitors etc.) will vary from theatre to theatre; some venues like tannoy announcements done in particular ways – so it’s about learning how the theatre operates and making this work best for your production. As with all things in stage management, communication is key and learning (quickly!) how to most effectively operate within your team is really important.

How has your training at RADA prepared you for your professional experience?

When I started at RADA, I knew I wanted to work in theatre, but I wasn’t sure specifically which field. Through my training I found Stage Management and the role of DSM and realised that was the one for me. As well as learning about that role in particular, I gained experience in all technical fields on the course – from construction to costume and sound to scenic art – which meant I had a much better understanding of how the different departments operate and thus what information and support they need. We also worked with professional creatives, so the shows we made in our final year were a great representation and preparation for what was to come in the real world. I’ve worked with a few directors I met at RADA since I left, so it was also brilliant for making those sorts of connections.

Have you kept in contact with the RADA network after leaving?

I enjoy reading the RADA newsletter and seeing what everyone’s up to. I’ve recently been working with more and more RADA graduates (including several from the time I was there) and it’s always great to see that people are still working hard and being successful. I felt very supported when I was at RADA, and although I’ve not been there for a while, I know it will always be a home from home and that that support will always be there if I ever need it.

What are your upcoming projects?

I’m currently in rehearsals for Doctor Faustus with the same team behind The Maids, which will be on at the Duke of York’s Theatre in the West End from April. It’s proving to be a very challenging and exciting project. I don’t want to give too much away, but this one has a lot of surprises up its sleeve! 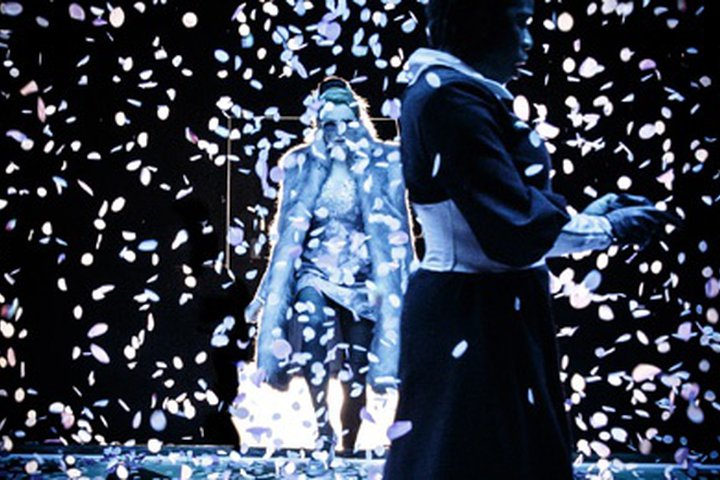