Prasanna Puwanarajah on Journey's End and the shadow of war

Being in a war is one of my greatest fears. I can’t imagine or really even begin to imagine the scale of the assault on lives lived in its horrendous shadow. We look into that shadow from a managed distance consisting of objective media desensitisation and a certain subjective knowledge that vivid closeness might be too hot to bear. Journey’s End is a play that gets as close to that shadow as any. Through its remorseless architecture and rising action the play deploys a quiet ferocity that must have felt like the surgical reopening of a recent wound when it was ﬁrst performed in 1928. Today, we receive it as a heartbreaking time capsule containing a four-day moment of a war the like of which we hope never to see again.

But does that let us off the hook?, I wondered. Can we watch the play and think ‘there but for the grace of God’ or ‘things are different’ now that so much time has past, now that war itself is so different? I didn’t know. The emotional hit of the play remains significant and universal.

So, locating Journey’s End in a modern battle space was about addressing one question in particular: what happens when the audience can’t hide behind the shield and distance of a hundred years? What might be revealed about the condition of soldiering in extremity - and the accountability of all who send them there - when the play is seen through the same lens through which war is reported to us now: transparent, dispassionate, raw, unedited? YouTube, Twitter, Hollywood, video games and news outlets contribute to a (sometimes fetishised) ‘herd knowledge’ of what the modern battlefield might look and sound like, in a resolution far higher and more blunt than the hard, ancient poetry of photographs and writing that we have from the First World War.

In short, we recognise today’s wars. I wanted to play Journey’s End in such a war; to see its timelessness located in our time, put before audiences that must accept it as a recognisable part their current world, part of the systems in which we live and move. And vote.

The entrenchment of Sherriff’s characters is a mental one as well as a physical one. We know more about the latter now than he will have done then but nevertheless his play is a detailed portrait of the psychological resilience of soldiers in the face of the traumas they experience. It also hints at the range of mental health disorders seen in combat-role military personnel, which include (but are not limited to) PTSD; 13% of returning UK veterans report assaulting someone in the weeks following their return (MacManus et al. 2014) and we see the beginnings of this fracturing in Stanhope’s violence towards Hibbert; and his alcohol dependency is a documented post-deployment condition suffered by combat-role veterans.

I trained as a medical doctor and worked alongside people who also work and worked in the armed forces. I remember vacuuming sand out of the ears of a soldier-doctor one lunchtime, a small part the Iraqi desert finding its incongruous way into a consultation room in East Sussex.

So close all of a sudden, and so immeasurably distant from his experience, I have remained fascinated by the relative good cheer of these remarkable men and women, often thinking about what they held within them and what it took to hold it there: the cost of trauma, in all people who have suffered it.

I am indebted to Amanda Faber and the Soldiers’ Arts Academy, and in particular to Mike, Max, Troy, Elizabeth, Sophie, Harry and Maurillia, to Ryan and David, and to Davey: for sharing their journeys with us. To RADA for finding ways to support a piece of work that had many more questions to ask than it could ever provide answers. And to the Estate of R.C. Sherriff for their trust and generosity in allowing the space for questions to be asked - through this masterpiece of a play - about what happens in the shadow of the wars to which we continue to send people to fight.

Journey's End plays at RADA from 30 May- 9 June in the GBS Theatre. 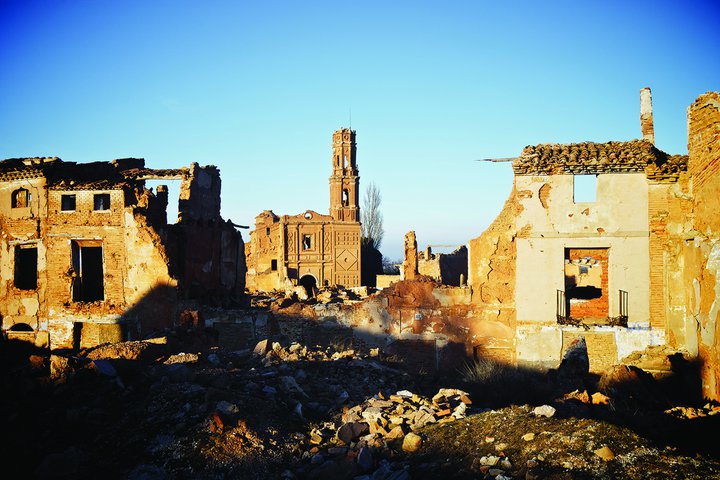