"Is it better to be deluded by belief, even if it may be a fiction?" The inner struggle at the heart of Philistines.

Maxim Gorky's Philistines was written at a time of ideological and political turmoil in Russia. Director Donnacadh O'Briain examines the personal conflict at the heart of play, which reflects this national turbulence.

The Scenes in the House of Bessemenov – as the play was subtitled in its 1902 premiere – offers us a vivid picture of social and domestic division and decay. It’s a rough diamond of a play: messy, noisy, abrupt. Gorky’s Bessemenov family is the microcosm of the society it sits in: unequal, misunderstood, uncontainable and on the brink of collapse.

We are in a time of increasing or perhaps more public polarisation; movements of the far left and right coming to the forefront, taking power. Gorky sees this ideological battle in the Russia of his day, and – though written long before the Bolshevik revolution of 1917 and the birth of the first Communist Superpower – in 1901, the rise of Marxism, socialism and egalitarianism are both the fuel of the young and the nightmare of the establishment.

But the play also asks: what of those who are not pulled to the left or the right? Should you jump down the throat of the person whose views you abhor? Or are people entitled to their opinions? Is the latter the key to peace or the enabler of tyranny? Is the former the start of the war, or an end to corruption?

Gorky puts his finger on a very universal and irredeemable part of the human condition. That we tend to think we’re in the right in our own beliefs and feelings; that our world view is, if not flawless, basically correct; that our moral compass and our gut feelings on the issues of the moment lead us to the right conclusions. It’s a powerful force, and his characters struggle with it. The world may be riddled with unfairness, but each feels they are getting more than a fair share of it, that they are suffering more than the next. Smothered by those feelings of unfairness, compassion cannot survive. Pity perhaps, but not compassion. His characters struggle to understand the people around them almost as much as they struggle to understand themselves.

And that brings us to the inner struggle: ‘how to live’. It eludes all of them, and most painfully, those who are most keenly searching for it. There are those who try to accept that they have no real meaning, and are powerless in the face of a universe that does not care; they find varying levels of solace. And others who have dogma or belief to keep existential dread at bay, which seems at least for a time to be an effective strategy.

This was Gorky’s first attempt to write for the stage, and this company sit in a similar place… eager, impassioned, tenacious, talented. Nervous perhaps, on the brink of something. 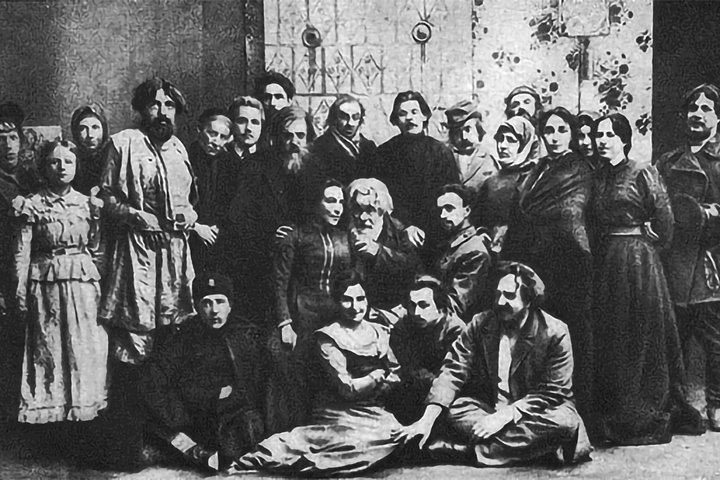