Focus On: Sound at RADA

From a large-scale musical with full orchestra, to a small studio production – what you hear in a theatre is just as important as what you’re seeing on stage. An effective sound design is powerful enough to create a world and take an audience on a whole new journey.

Students on RADA’s Foundation Degree in Technical Theatre and Stage Management all work in the sound department across their two-year course, and many choose to specialise in their second year or on a BA (Hons) progression year.

RADA’s Head of Sound Steve Mayo explains more about the training: ‘During their first year, students learn how to set up a sound system and create sound content for productions, getting to grips with industry standard software such as QLab and ProTools. They learn how to make cues in a script, and work in RADA’s bespoke recording studio to produce a song in a day with a guest singer/songwriter.’

In the second and third year, students can concentrate on and improve these skills through roles such as production sound engineer, sound designer, radio engineer and assistant film sound. ‘One of RADA’s great strengths is the number of productions that we do’, Steve explains. ‘This helps students practise, make mistakes and constantly learn. All productions throw up challenges and surprises!

‘For the current set of shows for example, we have one student sound designer travelling to Hounslow to take field recordings mentioned specifically in a script. Another is creating some very interesting animal noises for Into the Woods. Each production is a voyage of discovery: there may be some wrong turns along the way and this can be both nerve-wracking and exciting. It proves very rewarding when you hit upon a concept that really helps create the world of the story and supports the actors and audience on their journey.’

RADA’s public productions also help students get accustomed to working as they would on professional jobs. Steve adds: ‘All of the practices we undertake directly reflect industry practices, across the board – from involvement in production meetings to system diagrams, equipment preparation, crew running and working with professional directors’. Steve and his deputy Phil Matejtschuk both still engage in freelance sound design. ‘It’s encouraging to see just how accurately RADA’s protocols and practices are in sync with the professional industry.’

The number of productions and projects RADA has also allows students to try out different roles – even a student committed to being a sound designer will production sound engineer for some shows, giving them vital experience of both sides of the practice.

RADA’s broad theatre production training also allows students to understand the important links between disciplines. From working with wardrobe and scenic construction, to hide radio mic packs in costumes or parts of set, to liaising with technical management on safe rigging practices to install speakers and microphones around the theatres. ‘In reality, there is no other technical department that we don’t liaise and problem solve with’, Steve says.

This isn’t only helpful here at RADA, but prepares students for the realities of working in the industry. ‘There are often key points in a graduate’s early career – like the Edinburgh Fringe and other festivals and fringe theatre – where they will be asked to wear many hats. Our grounding in all technical departments teaches empathy for each discipline and its workloads, and helps to foster the collaborative nature that is essential for successful theatre.’ 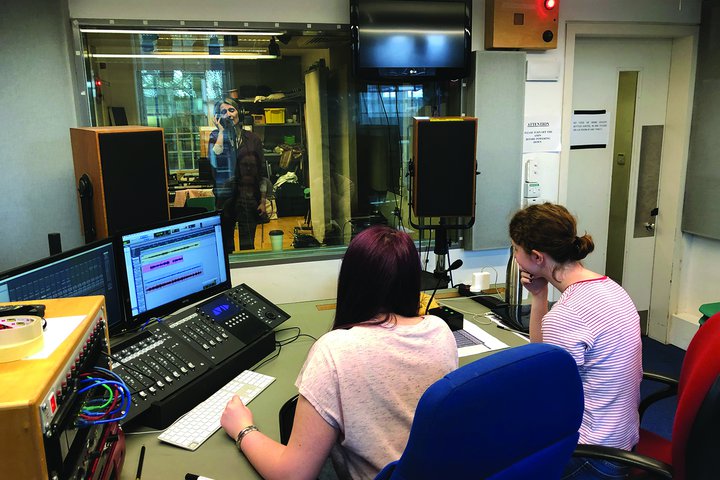 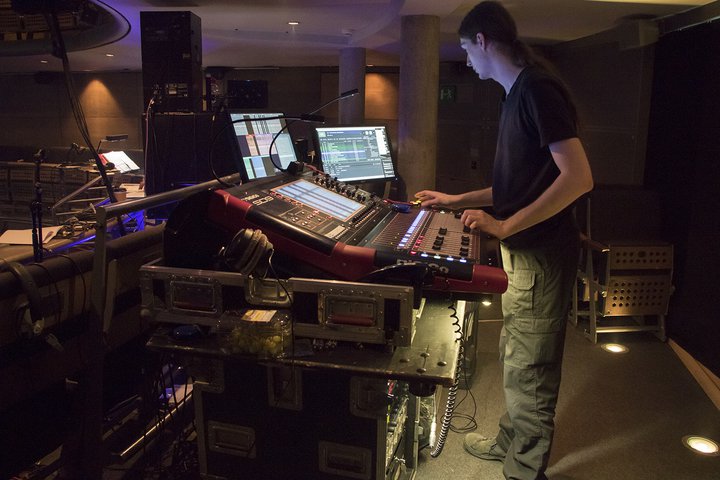