"Cut off from their pasts, ready to clothe themselves in the costumes of a new beginning"

Inspired by a photograph of her grandmother decades earlier, Lynn Nottage's Intimate Apparel follows a group of people affected by the social changes brought about my mass migration, women entering the workforce and the faster pace of city life. Director and RADA graduate Chipo Chung reflects on how their story might reflect our own urban living.

Mankind’s migrations have continued ceaselessly, from our origins in the horn of Africa trekking north to Europe and Asia, to the colonisation of the New World, right down to the current exodus from the Middle East to Europe.

In 1905, New York was a boomtown of immigration with thousands crowding onto Ellis Island from Ireland, Italy, Eastern Europe, Scandinavia and the Caribbean. And within the United States itself, the Great Migration of African Americans was taking place, with thousands fleeing the lynchings and sharecropping poverty of the south for the promise of work and opportunity in the northern cities.

Intimate Apparel is a tale of migrants of all classes, cut off from their pasts, ready to clothe themselves in the costumes of a new beginning. Lynn Nottage wrote the play inspired by an old sepia photo of her maternal grandmother - a now voiceless woman who could no longer tell the tale of her migration, her story lost.

The mystery behind her face inspired Lynn to research ‘the seamstresses, unskilled labourers, porters, cooks, bellmen… the people listed in the classified ads, who poured into New York City in huge numbers at the turn of the century, hoping to transcend the scars of slavery and oppression. They were memoir-less people… Their complicated lives were excluded from most vital historic records’. She writes: ‘My cluttered shoebox of photographs was filled with just such people. They were my ancestors.’

The turn of that century was also the dawn of the ‘New Woman’ as urban women entered the workforce and began to feel increasingly at home in the city; divorce rates rose amongst the middle class as women sought greater personal satisfaction from marriage; the Suffragette movement was beginning to rumble; the first pamphlets on feminism were being distributed, and the anarchist Emma Goldman’s writings on capitalism, marriage, free love and homosexuality were emerging within radical circles.

I am struck by the parallels between the lives of characters at that time and our current experience of life in the concrete jungle: the deep loneliness and lack of intimacy within the overpopulated urban rush, the ways in which love and connection are sought through new media, the many migrants forging new destinies and identities for themselves, the ground breaking possibilities of what it means to be an urban woman - and the accompanying solitude that this pioneering new territory entails. 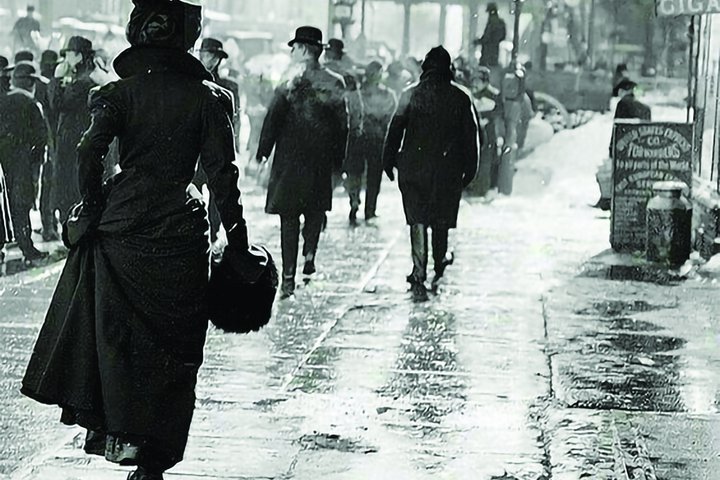