"Alike in dignity": opposition and difference in Romeo & Juliet

Director Edward Kemp on opposition and desire in Shakespeare's most famous tragedy.

Two households, both alike in dignity…

So began Romeo & Juliet on the stage of the Globe Theatre in the 1590s, when chief amongst divisions in the audience’s mind might have been that between Protestants and Catholics. We can also be pretty certain the Elizabethans recognised a clear divide between men and women (or the plays where women disguise themselves as men wouldn’t work), while others of Shakespeare’s plays suggest that binary oppositions such as English vs French (or foreigners in general), Christians vs Jews and Venetian White vs Moorish Black were all currency of the time.

Each pair of opposites comes freighted with an idea that one side of the equation is ‘better’, perhaps even ‘more normal’ than the other: one is good, one is bad, one is on the side of the angels, one on the side of the devils. Shakespeare’s humane scepticism seems always to want to question these oppositions – often as to whether the demonisation of one side is accurate (let alone moral), and at times whether such oppositions are so clear cut.

The plays where women disguise themselves as men (As You Like It, Twelfth Night, The Merchant of Venice, Cymbeline) imply questions about what it is that defines male and female (if you can become the other just by changing your garments, how ‘other’ are they?), and those where desire is involved (As You Like It, Twelfth Night) inevitably raise questions about sexuality: what do Orsino and Olivia both desire in female Viola disguised as male Cesario?

Layered on to this is the convention for the plays to be performed by men and boys, so that in even the most apparently heterosexual play like Romeo & Juliet, the divine love object of the hero is In Real Life another young man. We can only speculate what richness of interplay was going on between audience and actors in these plays in their day: did they see two men kissing, or was the performance convention so accepted as to be invisible? Contemporary records show that while sodomy was punishable by death, men of all classes would sometimes share a bed and in court circles they wrote to each other in ardent terms.

The catastrophic binary opposition at the core of Romeo & Juliet, Montague vs Capulet, also proves to be more grey than black and white. They are ‘both alike in dignity’, they hang out with the same people (Mercutio is invited to the Capulets’ party) and defer to the same spiritual counsellor. This counsellor, the Franciscan Laurence, tells us on first appearance that such oppositions are bogus: the same plant can produce both poison and medicine, a person can be both gracious and brutal.

In our era and culture, some historic oppositions have become less clear cut – for example those around sexuality and gender, where ‘non-binary’ has been adopted as a label to describe difference – while other divisions have become all the more entrenched. And with this has come an evermore aggressive demonising of the other side. Romeo & Juliet cannot teach us how to avoid such polarisation, but it can maybe warn us of the consequences.

Romeo & Juliet plays in the Jerwood Vanbrugh Theatre from 7-16 February. Visit the event page for more details and booking information. 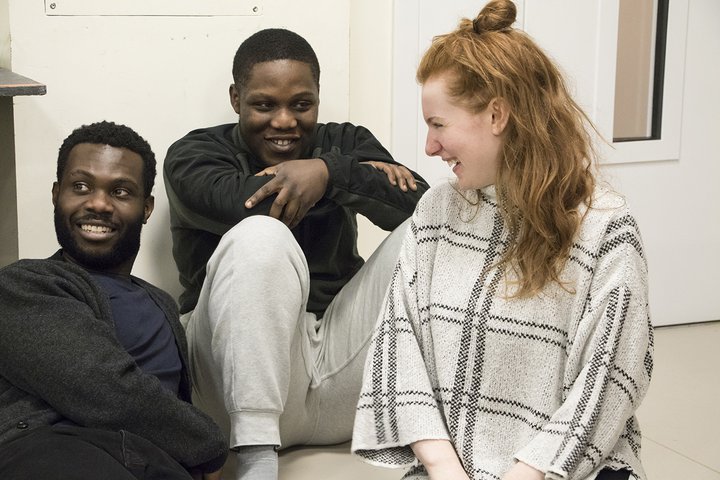