I was a member of my school's theatre group but was more famous for my outfits (being part of the new romantic/new wave scene) than for my acting skills, so I ended up dressing and styling the actors.

This kindled a love for costume, theatre, film and all things 'make-believe'. After school I did not have the opportunity to train in costume, veering instead into the financial industry as a foreign exchange trader.

Outside of work I improved my costume making skills by taking classes in sewing, pattern-cutting, tailoring and corset-making. In 2015 I enrolled in a summer course in Costume and Set Design, with Gary Thorne who taught design at RADA. I had not realised that RADA ran technical courses as well as acting.

Gary encouraged me to come to the open day and talk to students and staff. I loved what I saw, in particular the enthusiasm and talent of students and tutors for their chosen field of work. I decided to apply and was offered a place for the Postgraduate Diploma in Theatre Costume in 2016. I graduated in 2018 with distinction and now work for Stephen Jones Millinery and as a freelance costume maker.

I really enjoyed the vocational aspect of the course; I learned new skills directly applicable to shows. For example, I learned how to make felt hats in Term 3 and then made a bowler hat for the show Scuttlers.

For me, the highlight of the course was the project work in Year 2. I researched and made costumes of two different time periods as well as a fantasy costume, applying both historical and modern techniques.

Read more about Reny's route into training at RADA and her experiences so far. 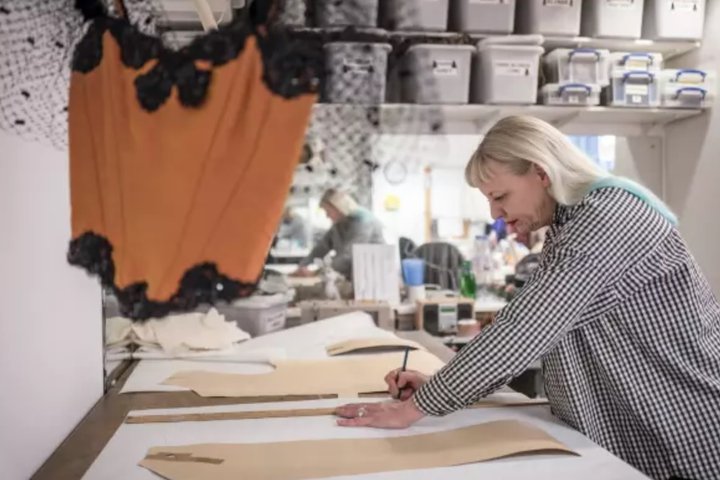