RADA is delighted to be a partner on a new playwriting development scheme for young writers and creatives aged 16-25. IGNITE Science Radio Drama is a new initiative that aims to fuse science, sound and story to create short immersive audio dramas.

Supported by the Royal Society of Chemistry, the project is looking for six individuals or teams of up to three to create short radio plays over the course of a series of weekend workshops, inspired by the theme:

The chemistry and climate science behind the climate crisis.

Wanted are original, bold and creative ideas for fusing science, sound and story into short immersive audio dramas of no more than 10 minutes – drama that uses the power of audio to transport listeners into real or imaginary locations.

Applications are open until 14 August 2020, followed by an interview selection process. The selected writers will receive £350 to develop and write your play over a six-week programme. You’ll have masterclasses with playwrights, directors, science communicators, academics and sound designers, as well as one-to-one sessions with dramaturgs, all to help you craft your stories by October. After you’ve written your plays they’ll be recorded, performed live (or live-streamed) in November, and then released publicly as a widely-available series of podcasts.

The plays will be performed by third year RADA students as part of their radio training, and industry mentors will include recent RADA graduates with expertise in writing and directing, and backgrounds in science.

Your idea should be inspired by science, but the emphasis is still very much on the story. For example, you could pitch:

These examples are all just for illustration and we look forward to seeing how you interpret the theme yourself! equally, you may also use these as inspiration for your ideas. 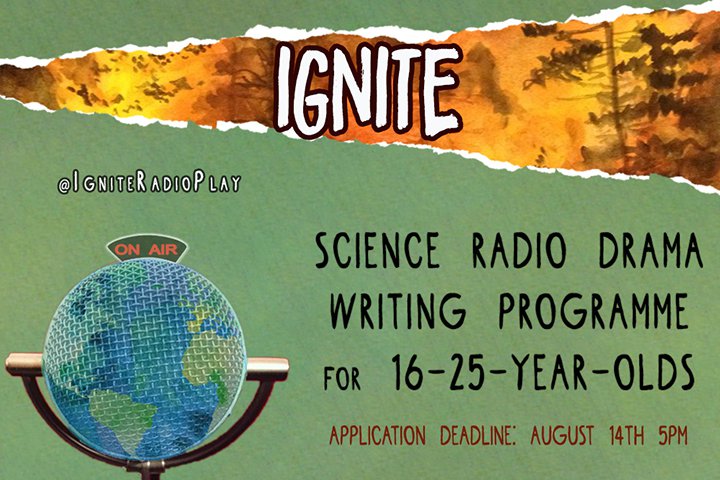